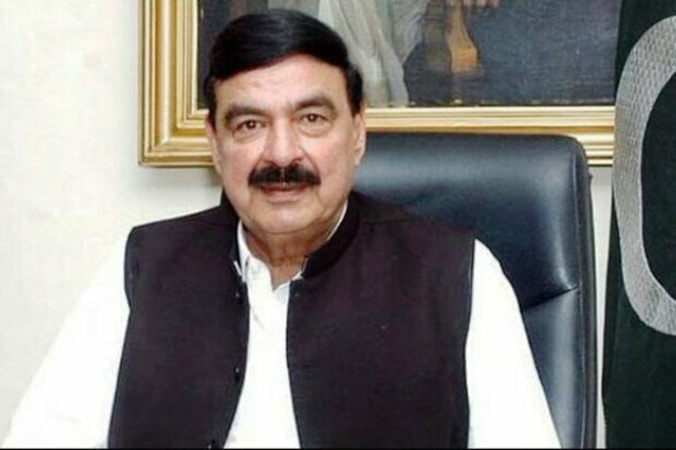 Minister for Interior Sheikh Rashid Ahmad on Monday said Afghan Taliban have assured that they will not allow anyone to use Afghan land against Pakistan.

Addressing a press conference here, the minister said that the Afghan Taliban have also assured Pakistan that the Tehreek-i-Taliban Pakistan (TTP) will not be given permission to operate in Afghanistan against Pakistan. He said few TTP members such as Maulvi Faqir Mohammad have been released in Afghanistan. “The government of Pakistan is in contact with Afghan authorities on the matter and they have been informed that these terrorists were involved in terrorism in Pakistan,” he added.

Sheikh Rasheed said the region has become significantly important due to changing situation in Afghanistan. He said long-lasting peace in Afghanistan is important for the region as well as the world. He said Pakistan will continue playing its role for a stable government in Afghanistan which is a must for peace in the entire region including Pakistan.

He said that besides issuing visas to members of the Afghan cricket team, the government has issued immigration to 1,277 foreigners including Afghans while 500 people are waiting for transit. He added that 874 people were also allowed to enter Pakistan via Torkham border while Chaman and Torkham borders are open for trade.

He said that so far, no decision was made about Afghan refugees while only those are being facilitated who are entering Pakistan legally. He said that a one-month visa is being issued to diplomats or representatives of international bodies such as the World Bank or IMF on their arrival in Pakistan. He said the Ministry of Interior has asked expired visa holders to leave, adding that they should apply for an online visa.

Rashid said that the Ministry of Interior was fulfilling its responsibility of border security. The minister said that the ministry had decided to purchase six drones and 192 security cameras for the safety purpose.

He said that during meeting with the Chinese ambassador to Pakistan NongRong, he assured him that foolproof security would be given to Chinese citizens and companies functioning in Pakistan. He said that China-Pakistan Economic Corridor (CPEC) project will not be allowed to become a target of any external conspiracy. “No one can become a hurdle in the relations between Pakistan and China,” he added.

He said that the objectives behind incidents like Stock Exchange and Dasu hydropower project were to economically destabilize Pakistan as enemies are against Pak-China friendship. He said investigation of all such incidents was underway. The culprits have been arrested and the government is well aware of all facts behind these incidents. He said that there are international conspiracies being hatched against Pak-China cooperation, particularly China-Pakistan Economic Corridor (CPEC).