China to work with Pakistan to deal with terrorism threat 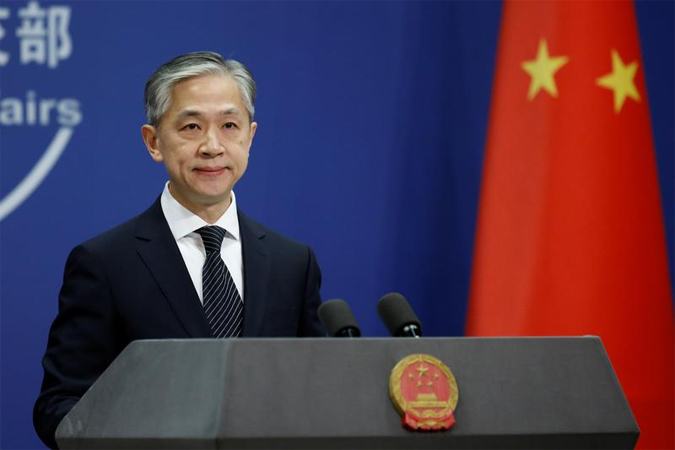 China would continue to work with Pakistan to deal with the threat of terrorism and protect the safety of the Chinese people and personnel in Pakistan, Chinese Foreign Ministry’s Spokesperson Wang Wenbin said on Monday.

“Terrorism is the common enemy of mankind. China firmly opposes any force using terrorism to seek geopolitical interests,” he said during his regular briefing held here.

Expressing shock and condemning the attack on a vehicle carrying the Chinese nationals in Gwadar, he offered condolence over killing of Pakistani personnel in the attack and conveyed sympathy to the bereaved families and injured. The spokesperson urged the Pakistan side to arrest the perpetrators and punish them as soon as possible.

He called on all regional countries to collaborate in eradicating terrorist groups and upholding the common safety and development interests of all the countries in the region.

With regards to the few Chinese who stayed there, he said, the Chinese embassy was in close contact with them, given them guidelines on strengthening the awareness of safety and taken relevant measures coordinated with the Afghanistan side to offering security guarantees for them. Noting reports of the announcement of the government framework by Afghan Taliban in near future, he said that China’s position on Afghan issue was consistent and clear cut.

“We hope Afghanistan can form an inclusive open broad-based government which adopts a foreign and domestic policy that is prudent and moderate so as to echo and meet the aspiration and share will of the international community and its own people,” he added.

To yet another question, he stressed that the US was an important perpetrator and biggest external factor for the Afghan issue.

“It cannot leave the mess without doing anything.” He said that the US also pledged clearly that it wanted help Afghanistan to maintain stability with peace, reconstruction and development.

“We hope the US will match its words with deeds and shoulder its responsibility to honour its own commitments in humanitarian assistance and reconstruction,” he added. The spokesperson said that China always adopted a friendly policy towards entire Afghan people and added, “We have provided substantial assistance to socio-economic development in the country.”