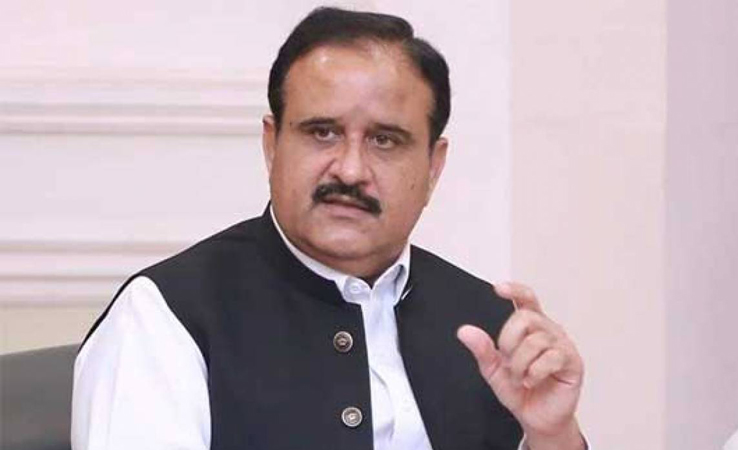 Punjab Chief Minister Sardar Usman Buzdar listened to the problems of different delegations belonging to DG Khan and other cities and directed for an early resolution to their problems.

Talking to them, the CM reiterated that he strives to resolve the problems of the general public and is also visiting different cities and towns to help solve public issues at their doorstep. The past government meted out a step-motherly treatment with the backward districts as the personal projection was their only agenda; he regretted and asserted that the incumbent government believes in performance and service-delivery instead of personal projection. Huge resources are given to backward and remote districts because development and prosperity is the equal right of every citizen, he stated.

The Punjab government has made fewer claims while performing more during the last three years and this is the reason that backward areas are part of the development process, he stressed. As a result of the concerted efforts, the quality of life of the common man is improving, concluded the CM.

The visitors thanked the CM for his human-centred approach adding that the fate of the backward areas is transformed due to the chief minister who is the guardian of their rights.

Meanwhile, Chief Minister Punjab Sardar Usman Buzdar has sought a report from CCPO Lahore about the molestation of a woman and her daughter in the precinct of PS Chung and directed that criminals be arrested within 48 hours. Meanwhile, the police have arrested both the accused Umer Farooq and Mansab.

Chief Minister Punjab Sardar Usman Buzdar has expressed a sense of sorrow and grief over the death of Sahibzada Zia-ur-Rehman Shami, brother of daily Pakistan’s chief editor Mujeeb-ur-Rehman Shami. The CM extended sympathies to the bereaved family and prayed that may Almighty Allah rest the departed soul in eternal peace.

Chief Minister Punjab Sardar Usman Buzdar will lay the foundation stone of the Shahkam flyover project. This 606 metres long three-lane project will be completed in 10 months with Rs. 4.23 billion to ease signal-free movement of 120000 vehicles daily. The 5.67 KM long defence road will also be doubled along with the construction of 2, 2 bridges on Hadiara drain and canal. The government has saved 39.50 crores due to transparent tendering and land acquisition.

The CM congratulated them and termed the climbers as valuable assets. Climbing the K2 with meagre resources is a proud achievement; the CM stated and termed them as the pride of the nation. The government will continue to encourage such talented youth who have set a worth following example, he further said. Team leader Muhammad Taqi appreciated that CM Usman Buzdar encouraged them to boost their passion. Health Minister Dr Yasmin Rashid, health secretary and others were also present.