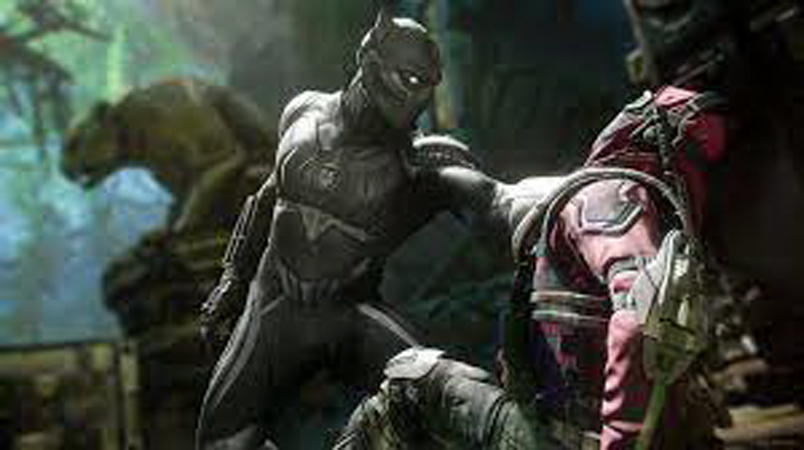 War For Wakanda feels like the first proper expansion for Marvel’s Avengers. Crystal Dynamics has pulled every trick in its book to give players a real playable Black Panther experience. The result comes with a brand new hero, held back by some long standing gameplay issues. But players are effectively pulled into King T’Challa’s world with beauty and depth. More importantly, War for Wakanda plays on the Panther’s identity for an improved story campaign.

DLC hasn’t been easy for Marvel’s Avengers. The 2020 action brawler went strong with its main story driven Reassembled campaign starring Kamala Khan/Ms. Marvel. But after her journey went full circle and the team was back in full force, there wasn’t much else to save in the world. Here’s where Marvel’s Avengers started to run out of gas post-launch. Opting for smaller Destiny-style events or missions around the same round of maps.

Crystal Dynamics takes a standalone approach this time – something that came as a learning lesson from the first two DLCs. I welcomed the additions of Kate Bishop and Hawkeye as characters. As a real expansion, Taking AIM and Future Imperfect fell short of playable content. The stories would sprinkle new missions over its existing maps. The two-part story arc only served to give players a tutorial for its starring characters (which were arguably more fleshed out than their plots).

War for Wakanda feels refreshing, only because it doesn’t rely too much on the base game. In fact, there’s just enough substance to call this a mini self-contained Black Panther game. Players are taken out of the familiar elements which plagued Marvel’s Avengers post launch. Wakanda itself adds a brand new hub players can explore. Aesthetically, King T’Challa’s city is the best place to use the War Table, change characters, shop gear and interact. Only because each of these sections are driven by existing Marvel characters I’ve been waiting to meet.

Of course, the wait is over for King T’Challa/The Black Panther. There’s a bit of a learning curve to becoming him early on. It makes sense that players have to raise him from level one. But the hero also starts off at a point where most players have beaten the game. By then, the War For Wakanda campaign is balanced with a new challenge. This can throw off new players for Marvel’s Avengers, who can choose to visit Wakanda without beating anything. Experienced players are also forced to start Black Panther at level one in the face of more powerful enemies. I’ll admit this made War for Wakanda the most challenging to beat without relying on my jacked-up heroes. The DLC suffers from this lack of balancing, while players don’t exactly see Black Panther at his true potential until long after War for Wakanda runs its course. On a plus, this is the game’s biggest DLC for story and content. It outweighs Taking AIM and Future Imperfect. Players are in Wakanda for four hours and even longer with some post-campaign missions. 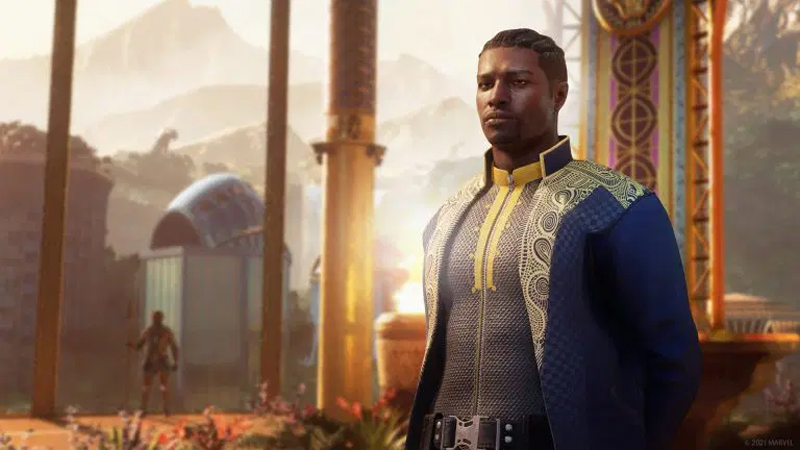 Marvel’s Avengers getting War for Wakanda expansion ‘later this year’

Black Panther’s moveset is impressive, but the low stats make them seem underwhelming at the start. His basic attacks are heavily influenced by movements shown in the MCU. There’s no surprise Crystal Dynamics based Black Panther’s combat from his mainstream live action MCU appearances. It’s why I loved seeing T’Challa’s unique close quarters fighting style at play. Like Cap, there’s a more kinetic and martial arts driven combat here. Players can chain together his heavy and light attacks to pile on the damage. His biggest intrinsic power comes from storing damage and kinetically sending it back in punches. It’s satisfying to replicate that purple ground pound in the MCU films. But there’s also some value from upgrading every attack for new combos. Did I mention he can pounce on enemies and claw their health away?

More importantly, Marvel’s Avengers also structures its special abilities from Overwatch and Star Wars Battlefront. Black Panther’s defensive, offensive and ultimate abilities are easy to remember. Thanks to the MCU, players can quickly pick up on T’Challa’s kimoyo beads for closing the distance. Throwing a powerful spear and pinning enemies to walls. Or literally summoning Bast as a charging panther spirit to damage big enemies. These moves are a joy to use, until players see how minimal the effect is.

This is where that strange imbalance of a new level one hero faces more experienced enemies. He’s easily underpowered next to my go-to Captain America or Thor. Players will feel a grind in whittling away enemy health bars. Of course, players can even the odds by playing War for Wakanda’s campaign with any hero they want. But that takes away from the story-driven narrative geared towards T’Challa. Missions like defending terminals can be a real pain with overpowered enemies, while clearing groups of enemies can feel like an extended chore.

“War for Wakanda can feel visually refreshing, but easily gets lost in the same button mashing romp.”

War for Wakanda can feel visually refreshing, but easily gets lost in the same button mashing romp. Marvel’s Avengers casts a big shadow over the DLC for its repetitive, beat-em-up style action. Enemies are still a mix of robots and foot soldiers with big guns. They all still lack strategy and eventually go down with patience. Online players or bots will still gang up on hapless enemies and punch away. Crystal Dynamics opts for familiar territory when it comes to gameplay. There’s a missed opportunity for introducing complex baddies with weaknesses. In the thick of War for Wakanda, players can start to get lost in aimless VFX robo-palooza.

Like the full game, War of Wakanda runs as expected. Playing on PS5 and PC, both platforms managed to render the beautiful kingdom without a hitch. The PC version suffered from some game breaking bugs, requiring me to restart the final mission. Fresh glitches like unresponsive NPCs and falling mid air easily broke the DLC’s rhythm. Ironically, these glitches can be expected when they shouldn’t be tolerated by players.

As for the missions themselves, there’s a bit more variety. Players do get breaks from combat. Each of the five campaign missions feature platforming and puzzles. It’s great to see Crystal Dynamics add a sense of exploration for Wakanda. Players get to diverge from their paths, even finding bonus rooms. As inspired by the region’s culture, a few temples are also available. These extra spots are eye dazzling, while some interactive walls tell the origins of vibranium and the panther god Bask. It’s worth solving the environment-based puzzles, which add depth to War for Wakanda. After a brief intro on Wakanda’s outskirts, the DLC brings out T’Challa’s kingdom with jaw dropping splendour. Wakanda sure is beautiful this time of the year.

Crystal Dynamics has done a great job of translating the character’s identity to game mechanics. In the process, celebrate his most awesome qualities. This is shown in his MCU-inspired suit which became a staple part of his design. The default is a highly detailed iteration that mixes Marvel’s Avengers’ tactical gadgetry with 2018’s Black Panther.

T’Challa also brings a full suite of vibranium cosmetics to unlock. It’s tempting to spend credits on suits inspired from his long-running comic book line. Highlights include the classic skin tight suit he debuted with in 1966. Other variations adorn T’Challa with robes fit for a king. He even comes with Wakandan armour, adapted from the comic and film’s ritual combat scenes. As well as paying tribute to the fictional Bast panther god. I’ll hand it to Marvel’s Avengers for their careful selections of outfits, while I’m eager to see Black Panther’s MCU outfit make the rounds.

It’s hard to tag spoilers, only because War for Wakanda has little to no impact on the overall story. Despite the anticlimax, Crystal Dynamics deserves credit for building a focused story on T’Challa and his technologist sister Shuri. Their family bond, interactions and themes of trust add real stakes. The DLC improves by drawing on human emotions – something which made Kamala Khan’s Reassembled campaign worth every minute. Wakanda is still feeling the impacts from King T’Chaka’s absence. While T’Challa continues to fill some big shoes left by his father. But God of War actor Christopher Judge does a wonderful job as his own T’Challa. Like Kratos, T’Challa embodies a character just wanting to catch a break from conflict. But as stoic and collected as they are, destruction quickly pulls them back in. Judge carries War for Wakanda’s story with the other voice cast. It’s fun seeing Black Panther adapt with other Avengers, resulting in some neat easter-egg driven banter.