‘Hundreds’ of Taliban fighters head for Panjshir to fight out Massoud 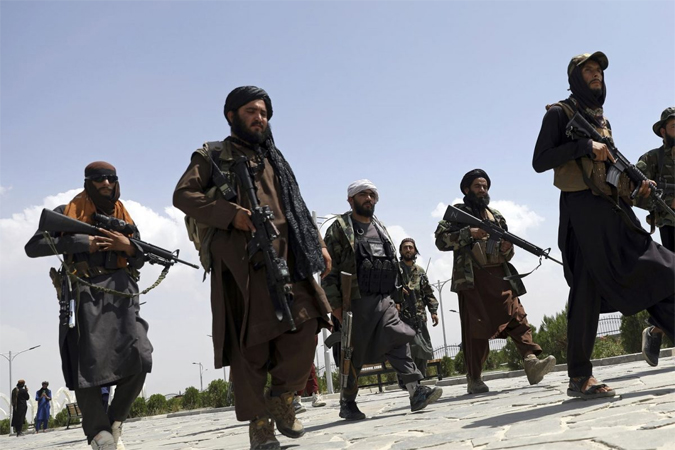 The Taliban said on Sunday that ‘hundreds’ of its fighters were heading to the Panjshir Valley, one of the few parts of Afghanistan not yet controlled by the group.

Since the Taliban overran Afghanistan, flickers of resistance have begun to emerge with some ex-government troops gathering in the Panjshir, north of Kabul, long known as an anti-Taliban bastion.

“Hundreds of Mujahideen of the Islamic Emirate are heading towards the state of Panjshir to control it, after local state officials refused to hand it over peacefully,” the group wrote on its Arabic Twitter account.

Since the Taliban took control of the country following a lightning charge into the capital Kabul, thousands of people have made their way to Panjshir according to a spokesman for anti-Taliban forces.

In Panjshir, Ahmad Massoud, the son of legendary mujahideen commander Ahmad Shah Massoud who was assassinated by Al-Qaeda two days before the September 11, 2001 attacks, has sought to assemble a force of around 9,000 people to counter the militants, the spokesman, Ali Maisam Nazary, told AFP.

Pictures taken by AFP during training exercises show dozens of recruits performing fitness routines, and a handful of armoured humvees driving across the valley northeast of Kabul. Nazary said the group wants to push for a new system of government, but is prepared to fight if needed.

“Government forces came to Panjshir from several Afghan provinces,” Massoud told Saudi Arabia’s Al-Arabiya broadcaster Sunday. “The Taliban will not last long if it continues on this path. We are ready to defend Afghanistan and we warn of a bloodshed.”

Massoud said he will not surrender areas under his control to the Taliban, Al Arabiya cited him as saying on Sunday. Massoud was given four hours to give up Panjshir valley, where the 32-year-old and Vice President of Afghanistan Amrullah Saleh are in hiding. “We confronted the Soviet Union, and we will be able to confront the Taliban,” Massoud told Al Arabiya.

The TV channel also quoted him as saying he is “ready to forgive the Taliban for killing his father if the conditions for peace and security in Afghanistan are met”.

Massoud called for a comprehensive government to rule the country with the participation of the Taliban, adding that war will be “unavoidable” if the Taliban refuse dialogue, Al Arabiya said.

Massoud said government forces opposed to the Taliban have rallied from different provinces and gathered in the Panjshir valley stronghold.

Meanwhile, Britain said Sunday that seven Afghans have died in the chaos near Kabul airport as the British defence secretary expressed support for extending Washington’s end-of-the-month deadline to permit the evacuation of so many people. “Our sincere thoughts are with the families of the seven Afghan civilians who have sadly died in crowds in Kabul,” a defence ministry spokesman said without giving the circumstances.

Britain’s Sky News had on Saturday aired footage of at least three dead bodies covered in white tarpaulins outside the airport. Sky reporter Stuart Ramsay, who was at the airport, said that people at the front of one part of the crowd were being “crushed”, while others were “dehydrated and terrified”.

The Taliban blamed the United States for the chaotic evacuation of tens of thousands of Afghans and foreigners from the capital, one week after the hardline Islamist group returned to power in a rapid victory that stunned the world.