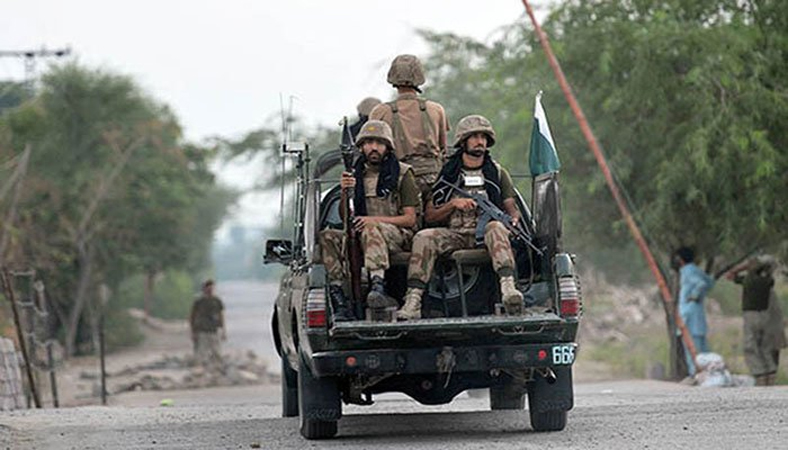 A Pakistan Army captain embraced martyrdom while two other soldiers were injured during an IED attack on Sunday. A security forces vehicle struck an IED planted by terrorists in Tobo, Gichik Balochistan, said the ISPR. “Resultantly Capt Kashif embraced shahadat while two soldiers got injured. The injured soldiers have been evacuated to a medical facility at Khuzdar,” read the statement. Meanwhile, Security forces conducted an IBO on the reported presence of terrorists in Boya, North Waziristan Sunday, said the ISPR. During the exchange of fire, one terrorist got killed. The ISPR said security forces recovered weapons and ammunition from the slain militant. A thorough search of the area is under process to eliminate any other terrorists in the area.