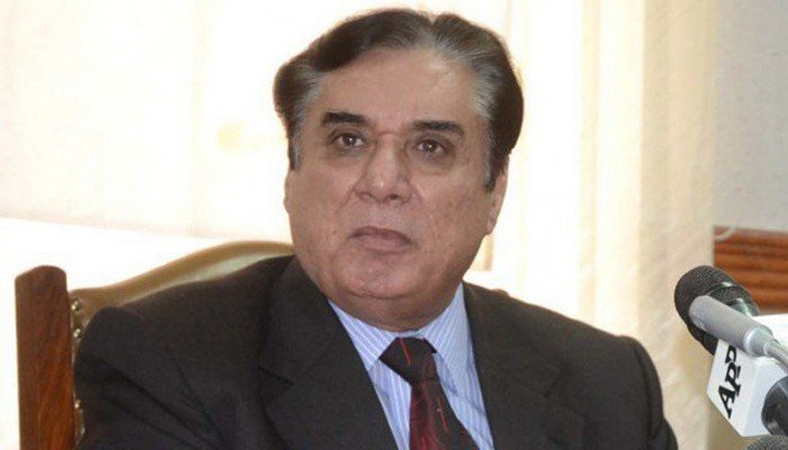 Chairman NAB Justice (r) Javed Iqbal has said that the watchdog has chalked out an effective national anti-corruption strategy which resulted in recovery of Rs 535 billion during the tenure of the present management.

He said that Gilani and Gallup survey indicated that 59 percent people of Pakistan have shown trust upon NAB which is an ample evidence of NAB’s across the board accountability as per law. Due to NAB’s proactive anti-corruption strategy, the overall conviction ratio is about 66 percent which is a remarkable achievement in investigation of white collar crimes in the world. The reputed national and International organizations like Transparency International Pakistan, World Economic Forum, Global Peace Canada, PILDAT and Mishal Pakistan have lauded NAB’s efforts to eliminate corruption which is ample evidence of NAB’s excellent performance in an atmosphere of renewed energy, commitment and devotion in conduct of inquiries and investigations against the untouchables/big fish.

The chairman said that NAB has geared up to eradicate corruption within all its forms and manifestations. He said that the major focus of NAB is on corruption and corrupt practices, money laundering, cases of cheating the public at large, willful bank loan defaults, and misuse of authority and embezzlement of state funds. He said that NAB strongly believes in eradication of corruption and recovering looted money from corrupt people as its top most priority in order to make Pakistan corruption free as the fight against corruption is being taken as NAB’s faith is Corruption free Pakistan.

He said that NAB is the focal organization of Pakistan under United Nations Convention against Corruption (UNCAC) as Pakistan has ratified and is signatory of UNCAC. Pakistan is the only country in the world to which China has signed a memorandum of understanding (MoU) for eradication of corruption. He said that NAB is the chairman of SAARC Anti-Corruption Forum. This was a reorganization of NAB’s excellent work as NAB is considered as a role model among SAARC countries.

He said that the performance of all regional bureaus of NAB for the last more three years remained exemplary as compared to previous years of NAB since its inception as well as other anti-corruption organizations. NAB has recovered Rs. 535 billion during the tenure of present management of NAB under the dynamic leadership of Honorable Mr. Justice Javed Iqbal, Chairman NAB from Oct 2017 to June 2021. NAB has filed 93 mega corruption cases out of a total of 179 mega corruption cases.