* Minister says single national curriculum has been developed under prime minister’s vision of ‘One Nation, One Curriculum’ 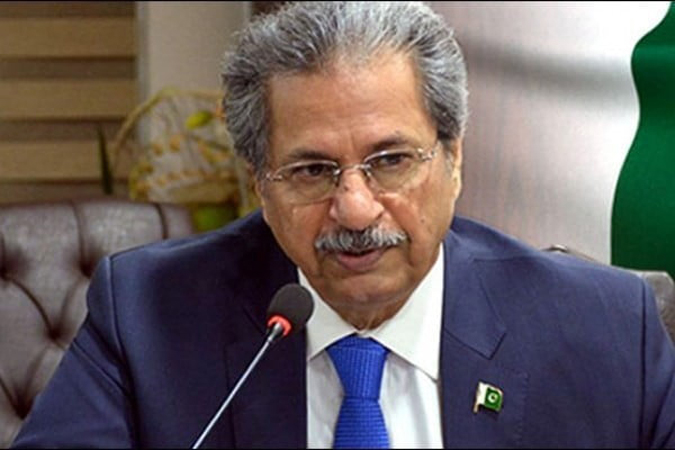 The new Single National Curriculum (SNC) has laid special focus on the practical aspects of Seerat of Holy Prophet Muhammad (PBUH) including taking care of the planet, water conservation, rights of elderly, citizenship, respect for religious and cultural diversity, and values of honesty and hard work.

The SNC also focuses on Pakistan’s constitutional framework, national policies with their aspirations and standards, alignment with Sustainable Development Goals, the Quaid and Iqbal’s vision, a focus on values, respect for diversity in cultures and religions, and the development of 21st century skills including analytical, critical, and creative thinking.

The first phase of Single National Curriculum (SNC) for grades pre-1 to 5 starting the current academic year, had been developed under the prime minister’s vision of “One Nation-One Curriculum”, Minister for Federal Education and Professional Training Shafqat Mahmood said while talking to APP.

He said the national curriculum had been launched in all public-private school and Madaris of Punjab, Khyber Pukhtunkhwa, Balochistan, Gilgit Baltistan and Azad Jammu and Kashmir; however, the consultations would be made with the Sindh government as well for its implementation.

The new SNC, he said, had been developed by the National Curriculum Council, Ministry of Federal Education and Professional Training in consultation and collaboration with education departments of all federating units of the country.

Explaining the mode of language of new curriculum, he said that Mathematics, English and Science subjects were developed in English while other subjects are in Urdu.

Elaborating the key features of new SNC, he said that the practical aspects of Seerat as the blessed life of Prophet Muhammad (PBUH) have a special focus in the new curriculum, particularly in terms of how they apply to the lives of our young generation.

To a question, Shafqat said “we were bringing a system of test for class five and eight to check the implementation of the curriculum in all educational institutions”.

Under SNC, English will be taught as a language with a focus on skills. In Islamiat, new themes of “Muamilaat” and “Islam aur Daur e Hazir ke Taqazay” have been added.

To ensure intra-faith harmony, the SNC focuses on what is common between schools of thought and avoids promoting religious differences, Shafqat remarked.

For students from minority faiths, a separate curriculum with the title Religious Education has been developed. Five major religions are represented, with individual curriculum for each including Christianity, Hinduism, Sikhism, Baha’i and Kalash, he mentioned.

He went on saying that Social Studies has been developed to encourage patriotism, global citizenship, human rights and peace.

Shafqat Mahmood believed the Single National Curriculum would prove an important milestone in transforming the nation into a “unified entity, rooted in common morals and ethos”.

He said that these systems were poles apart and often result was different mind-sets thus fractured psyche of the nation.