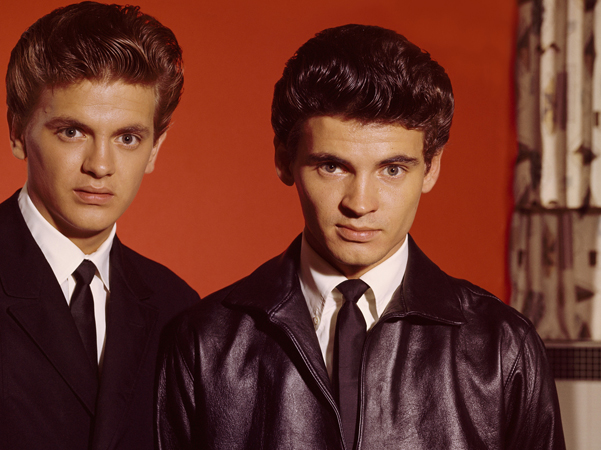 Don Everly, the surviving member of the rock ‘n’ roll duo The Everly Brothers, has died at the age of 84.

A family spokesperson confirmed Everly’s death to the Los Angeles Times, but did not disclose the cause.

Everly and his brother, Phil, had hits worldwide in the late 1950s and early 1960s, including Bye Bye Love and All I Have To Do Is Dream.

They were known for their close harmonies, and influenced groups like The Beatles and Simon and Garfunkel.

The pair had an onstage breakup in 1973 that led to a decade-long estrangement, but Phil later told Time magazine that the brothers’ relationship had survived this.

Everly died on Saturday at his home in Nashville, according to the family spokesperson. “Don lived by what he felt in his heart. Don expressed his appreciation for the ability to live his dreams… with his soulmate and wife, Adela, and sharing the music that made him an Everly Brother,” a statement said. The Everly brothers were the children of country and western singers and performed on the family radio show while growing up.

The duo called it quits during a performance in California in 1973, in which Phil smashed his guitar and walked off stage.

During their time apart, both pursued solo careers with limited success.

They reunited a decade later with a concert in London, followed by a comeback album. In a 1986 interview with the Associated Press news agency, Don Everly said the two were successful because “we never followed trends”.

“We did what we liked and followed our instincts. Rock ‘n’ roll did survive, and we were right about that.

Country did survive, and we were right about that. You can mix the two but people said we couldn’t,” he said.

The Everly Brothers were elected to the Rock ‘n’ Roll Hall of Fame in its first year, 1986, and they were given a lifetime achievement award at the Grammys in 1997.