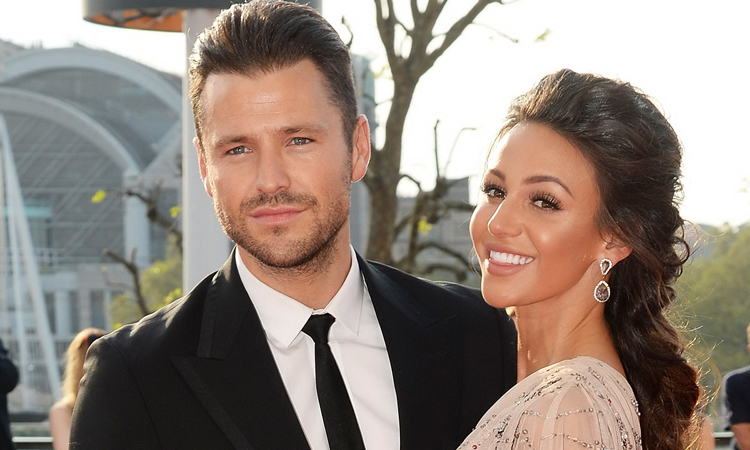 Mark Wright has defended his relationship with wife Michelle Keegan, saying they ‘always makes it work’ despite their busy schedules. The former TOWIE star, 34, – who married the Our Girl actress, also 34, in 2015 – said they ‘both work hard’ but ‘see each other plenty’. Speaking in a new interview he added the pair love going to the gym together as he also discussed his sister Natalya’s modelling career and how he is ‘done’ with reality TV. Discussing his marriage with brunette beauty Michelle, he told The Sun: ‘Nobody needs to know how much Michelle and I see each other.

‘We always make it work. It’s just a lot of travelling really, up and down the motorway. ‘We both work hard, she works hard, there are no rules in life, are there? ‘I might see her for five days, go to work for a day then see her for another five, we see each other plenty, people don’t need to worry about that.’ In recent years Michelle has spent extended periods of time filming in locations such as Malaysia and South Africa for BBC drama Our Girl while Mark presented Extra in California. During the rare interview about his private life, Mark also gave an insight into their routines, saying they love to go to the gym together all the time and ‘coincide’ their days so they an work out at the same time. He added that even if they do different work outs when they get there it’s something they ‘look forward to’. Mark is currently on a stag do with his sister Jess’ husband-to-be William Lee-Kemp and also has a younger sibling Natalya, 20, who is becoming a successful model. He joked he doesn’t need to give her ‘any tips’ on how to model as she ‘has a natural knack for it’.

Mark also touched on his future plans as he insisted that after TOWIE, Strictly Come Dancing and I’m A Celebrity he is ‘done’ with reality TV. In terms of his next career move the star said he might be hosting a show in America soon and added he likes working on a variety of dating, sports and music shows. It comes after last year, Michelle admitted she felt ‘frustrated’ by constant questions about when she and husband Mark will have a baby. In an interview with Cosmopolitan magazine, she said: ‘A few years ago it didn’t bother me and I answered the question.

‘But now I think, ”I don’t need to answer that because nobody knows what goes on behind closed doors”. ‘I remember when I finished Our Girl people were like, ”Is it because you’re going off to have a baby?” ‘I know for a fact if Mark finished a job, nobody would ask him if he was going to have a baby. It’s not fair.

It does make me feel frustrated.’ Michelle and husband Mark have been together since late 2012 when they met while they were both on holiday in Dubai. The former TOWIE star popped the question nine months later and the pair married in a lavish ceremony at Hengrave Hall in Suffolk in May 2015.