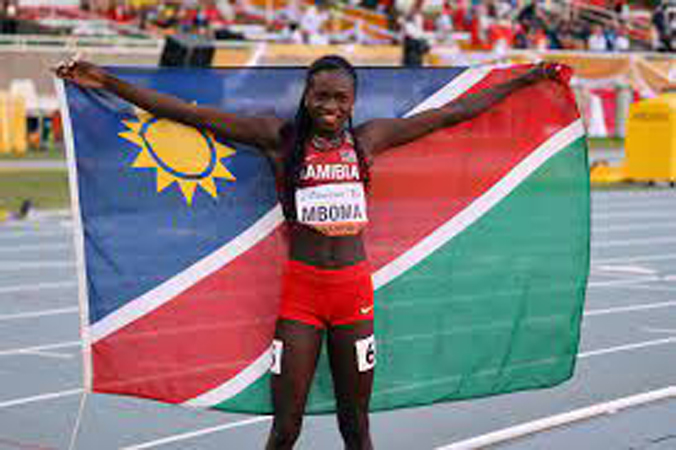 NAIROBI: Olympic silver medallist Christine Mboma, who is unable to compete at certain events due to controversial rules over testosterone levels, won the women’s 200m at the World Under-20 Championships in a world record time of 21.84sec on Saturday. Her fellow Namibian Beatrice Masilingi, who is also classified as having differences in sexual development (DSD) with naturally high testosterone levels, finished second in 22.18sec with Nigeria’s Favour Ofili third in 22.23sec. Under World Athletics rules, Mbomba and Masilingi’s rare physiology is deemed to give them an unfair competitive advantage in track events ranging between 400m and one mile. Earlier, France’s Sasha Zhoya broke the men’s under-20s 110m hurdles world record for a second time in 24 hours. Zhoya, 19, who was born in Australia to a Zimbabwean father and French mother, ran 12.72sec to claim gold which improved his semi-final time on Friday by 0.21sec. “I’m very happy, the job is done, since last year it was the objective I gave myself,” Zhoya told World Athletics. “Today in the warm-up I had some pain in the hips. It’s difficult but the life of an athlete is to manage that,” he added. Jamaica’s Vashaun Vascianna finished in second place with a time of 13.2sec with Poland’s Jakub Szymanski third on 13.43sec, with the pair running personal bests.