India’s quest for permanent seat at UNSC ‘a pipe dream’ 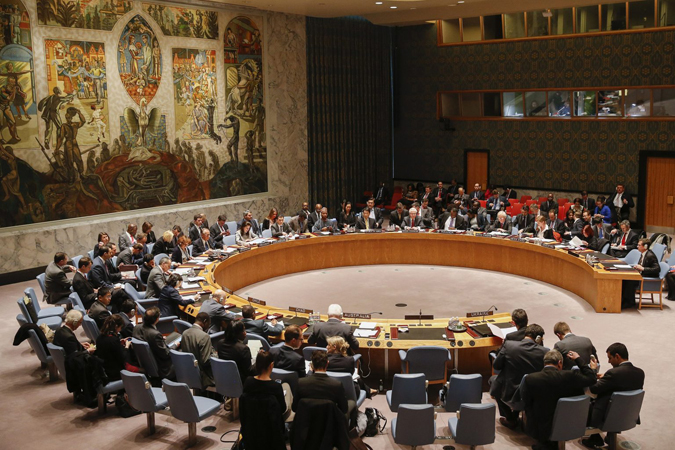 The deadlocked negotiations at the United Nations aimed at expanding the Security Council will resume later this year, with experts giving little hope for a breakthrough as India, Brazil, Germany and Japan – G4 – remain inflexible in their demand for permanent membership of the 15-member body.

The G-4’s push for a seat on UN’s high table is being firmly resisted by Italy/Pakistan-led Uniting for Consensus (UfC) group, which stands for enlarging the two-year non-permanent category. UfC argues that adding more permanent members will not make the Security Council more effective and undermine the fundamental principle of democracy that is based on periodic elections.

Among the G-4, India appears to be most anxious and vocal in the relentless campaign for a more prominent role in the Security Council. It’s Hindu-nationalist Prime Minister, Narendra Modi, beseeched the UN General Assembly last year to heed to India’s long-standing demand. “Till when do we have to wait? Till when will India be kept away from the UN’s decision-making process?,” he had asked.

In a sharp response within an hour, Pakistan’s UN Ambassador Munir Akram reaffirmed Pakistan’s opposition to Modi’s plea to the 193-member Assembly, saying there’s no place for a fascist state in the Security Council.

“It’s a pipe dream,” said Ambassador Akram. “The world does not want a fascist state as a permanent member of the Security Council.”

Indeed, it will remain India’s pipe dream as the procedures to get to the goal are not only long and complicated but questions have also risen about New Delhi’s qualification for permanent membership, especially after its 5 August 2019 unilateral annexation of occupied Jammu and Kashmir in violations of UN resolutions, and placing the disputed region under an oppressive military lockdown.

In June, India miserably failed in its desperate attempt to shape the reform process to work in his group’s favour when the General Assembly adopted a draft decision, by consensus, to pave the way to continue intergovernmental Negotiations (IGN) on restructuring the Security Council during its next – 76th – session.

The G-4 had had moved an amendment that sought to make an “elements paper” on areas of divergence and convergence – drafted by the representatives of Poland and Qatar in their capacity as co-chairs of the negotiations – a basis for future discussions. The move met with strong opposition and the amendment was withdrawn, a step that diplomats said was a big setback to the aspirants for permanent membership.

Despite a general agreement on enlarging the Council, as part of the UN reform process, member states remain sharply divided over the details.

The G-4 have shown no flexibility in their push for expanding the Council by 10 seats, with six additional permanent and four non-permanent members.

On the other hand, the UfC group has proposed a new category of members – not permanent members – with longer duration in terms and a possibility to get re-elected.

India, currently a non-permanent member of the Security Council, had hoped to improve its prospects for a permanent seat, but it’s conduct has become controversial. As president of the council for the month of August, India used its powers to keep Pakistan out of the debates on the situation in Afghanistan, despite the fact that Islamabad, as an immediate neighbour, has vital interest in the discussions.

In addition, there are reports about disquiet prevailing among a majority of members that India portrayed itself as a champion against terrorism at a recent council meeting, and also for turning that meeting into its “signature” event.

Reacting to India’s tactics, Ambassador Munir Akram said he was not surprised by India’s anti-Pakistan partisanship, saying, “this confirms Pakistan’s long-held contention that India does not deserve to be a member of the Security Council, much less to aspire for peaceful relationship of this body whose resolutions on Jammu and Kashmir it has defied and violated for decades and where its 900,000 occupation Army is committing massacre and human rights violations with impunity.”