Taliban vow to be accountable, probe reports of Afghan reprisals 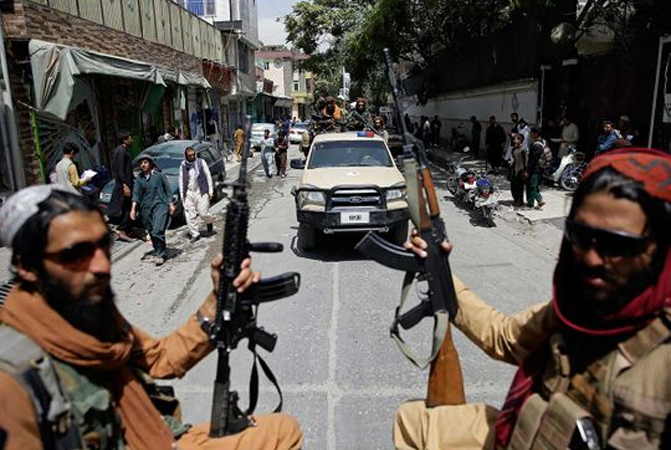 The Taliban will be accountable for its actions and will investigate reports of reprisals and atrocities carried out by members, an official of the group said on Saturday.

The official, who spoke on condition of anonymity, added that the group planned to ready a new model for governing Afghanistan within the next few weeks.

It has been just a week since the Taliban completed a lighting fast takeover of the country, finally walking into Kabul last Sunday without firing a shot.

Since then, individual Afghans and international aid and advocacy groups have reported harsh retaliation against protests, and roundups of those who formerly held government positions, criticised the Taliban or worked with Americans.

“We have heard of some cases of atrocities and crimes against civilians,” the official said. “If Talibs (members) are doing these law and order problems, they will be investigated.”

He added, “We can understand the panic, stress and anxiety. People think we will not be accountable, but that will not be the case.”

Although the group has sought to present a more moderate face since its takeover, the Taliban ruled with an iron fist from 1996 to 2001, before being toppled by US-led forces for sheltering Al Qaeda militants, who were behind the September 11 attacks.

Former officials told harrowing tales of hiding from the Taliban in recent days as gunmen went from door to door. One family of 16 described running to the bathroom, lights off and children’s mouths covered, in fear for their lives.

The new framework for governing the country would not be a democracy by Western definition, but “It will protect everyone’s rights,” the official added

“Legal, religious and foreign policy experts in the Taliban aim to present the new governing framework in the next few weeks,” he said.

The official declined to comment on domestic media reports that Mullah Baradar, the chief of the Taliban’s political office, had arrived in Kabul.

The chaos at Kabul airport, besieged by thousands of people desperate to flee, was not the responsibility of the Taliban, he added. “The West could have had a better plan to evacuate.”

Gun-toting Taliban members around the airport have urged those without travel documents to go home. At least 12 people have been killed in and around the airport since Sunday, North Atlantic Treaty Organisation (Nato) and Taliban officials said.

A Nato official told Reuters on Saturday that about 12,000 foreigners and Afghans working for embassies and international aid groups have been evacuated from the Kabul airport since Taliban insurgents entered the capital.