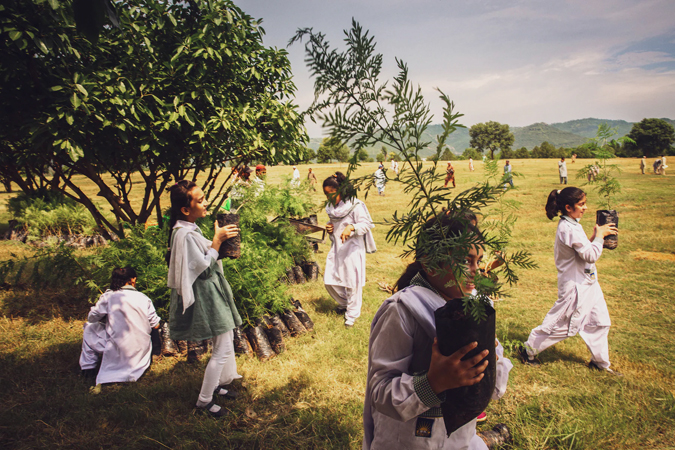 Prime Minister Imran Khan on Saturday paid tribute to an employee of Forest Department, who had laid his life while saving the forests from fires.

He termed forester Jamshid Iqbal of Forest Department Chitral a “hero”, who embraced Shahadat in the line of duty while fighting a forest fire in Chumurkun-Gole Protected Forest Compartment No.01, on August 19.

“These are our heroes protecting our forests for a Green Pakistan,” the prime minister tweeted. August marks the beginning of monsoon season in Pakistan, and with the rain comes another busy stretch for the country’s ambitious tree-planting programme. In Khyber Pakhtunkhwa province, residents of all stripes, from government officials to Boy Scouts, fan out along the hills. They bring with them chinar tree saplings – which can grow to nearly 100 feet tall – along with other varieties, and they begin digging, the Washington Post said in its recent report. The report mentions that it’s all part of an effort that started in 2015, when Imran Khan – then a provincial politician and now Pakistan’s prime minister – backed a programme ‘Billion Tree Tsunami’. The initiative reached its provincewide target in 2018 and was so successful that federal officials expanded the drive nationally in 2019 with a new goal of 10 billion trees – or, the “Ten Billion Tree Tsunami.”

“Everyone is waking up and starting to plant,” lawyer and environmentalist Hazrat Maaz told The Washington Post at the time. The programme addresses Pakistan’s history of deforestation as the country confronts the realities of climate change in the form of hotter temperatures, melting Himalayan glaciers and intensifying monsoon rains.

“It makes us very vulnerable,” Malik Amin Aslam, federal minister for climate change, said in a recent phone call. He has overseen both the provincial and national planting campaigns. “The cheapest, most effective and quickest way to fight climate change is to plant trees,” he said. Direct planting, Aslam explained, accounts for about 40 percent of the program’s new trees. Hundreds of thousands of people across Pakistan are working to nurture and plant 21 species, from the Chir pine to the deodar – the national tree. The other 60 percent come from assisted regeneration, in which community members are paid to protect existing forests so that trees can propagate and thrive.