* The employee claims Spears slapped a phone out of her hands after 'confronting her' when the staffer returned from a visit to the veterinarian, according to the Sheriff's Office 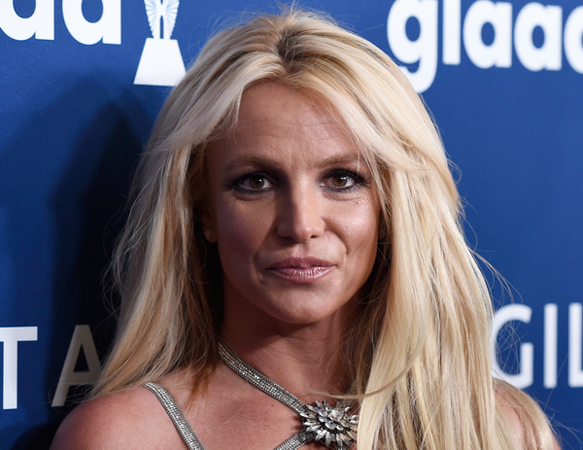 Authorities are investigating Britney Spears after she allegedly struck an employee this week.

The “Toxic” singer, 39, is the suspect in a battery investigation, a spokesperson for the Ventura County Sheriff’s Office told E! News in a statement. The “dispute” allegedly occurred at the pop star’s home on Monday, around 10am.

The employee claims Spears slapped a phone out of her hands after “confronting her” when the staffer returned from a visit to the veterinarian, according to the Sheriff’s Office. The employee also says Spears “hit her hand,” per the department, which added that the staffer “was not hurt.”

Sheriff’s deputies were called to the residence, but once officers arrived, they learned that the staffer had left the house and gone to the local station in Thousand Oaks, Calif., to report the alleged battery incident. A complaint was filed with the Sheriff’s Office, the spokesperson said.

Deputies attempted to reach Spears to get her take, “but she wouldn’t speak with them,” according to the Sheriff’s Office.

Sheriff’s deputies were called to the residence, but once officers arrived, they learned that the staffer had left the house and gone to the local station in Thousand Oaks, California, to report the alleged battery incident

The Sheriff’s Office will send any results of the investigation to the Ventura County District Attorney’s Office, which would consider whether to charge the superstar with misdemeanour battery.

Spears’ lawyer Mathew Rosengart said in an email statement to NBC News that the claim was “sensational tabloid fodder.”

Rosengart said it is “nothing more than an overblown alleged misdemeanour involving a ‘he said she said’ about a cell phone, with no striking and obviously no injury whatsoever,” he wrote. “Anyone can make an accusation. This should have been closed immediately.”

E! News reached out to her rep for comment as well and did not hear back.

The Grammy winner hasn’t publicly commented on the alleged incident. On Aug. 19, she posted a photo on Instagram that showed a Hans Zatzka painting of a woman with her back pressed against a door. She captioned the post, “She obviously wants privacy,” with shrugging emojis. Spears later posted a photo of a girl flipping the bird and wrote, “I feel like she’s made her point perfectly clear.”

She also shared a Sophia Loren quote about a “fountain of youth,” alongside a topless photo of herself. Earlier in the day, Spears posted a public awareness message about the coronavirus pandemic to encourage fans to #StayHome.

Spears is in the midst of an ongoing legal battle to end her conservatorship of 13 years. Last week, her father, Jamie Spears, said he is “willing” to step down as conservator of her estate when the time is right. Per his lawyer’s Aug. 12 court filing, he maintains that the petition for his removal is “unjust” but said “he does not believe that a public battle with his daughter over his continuing service as her conservator would be in her best interests.”

She has said her conservatorship is “abusive” and controlling and her dad asked the court to investigate her claims.

His lawyer wrote last week that the legal arrangement was instated in 2008 because she was in “crisis,” saying, “Not only was she suffering mentally and emotionally, she was also being manipulated by predators and in financial distress. Spears came to his daughter’s rescue to protect her.” It went on, “Mr. Spears has always done what he believes was in his daughter’s best interests.”