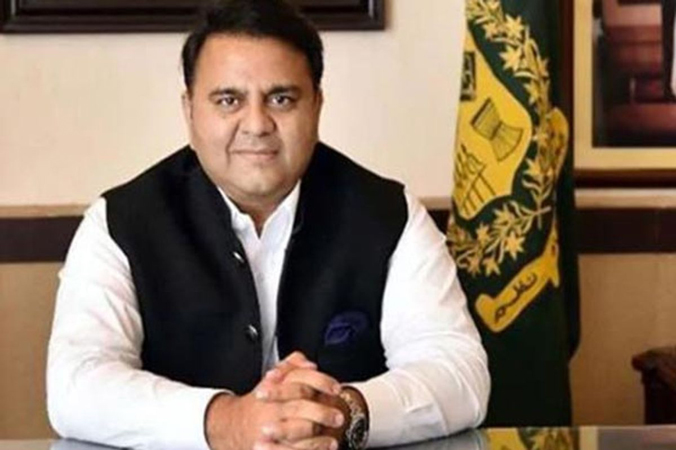 Minister for Information and Broadcasting Chaudhry Fawad Hussain Friday said the back of Tehrik-e-Taliban Pakistan (TTP) and other terrorist organizations like Balochistan Liberation Army (BLA) will be broken when they won’t receive any funds from India.

Talking to Turkish news channel TRT, he said Pakistan wants that the government in Afghanistan should be inclusive, having representation from all groups. “We believe that the people of Afghanistan have the right to make decisions inside Afghanistan but the regional countries can play their role in enabling stability in the war-torn country,” he said.

Fawad said Pakistan is in touch with all the regional countries including China, Turkey, United States of America and United Kingdom. Countries of the region can play their role for peace and stability in Afghanistan, he said, adding that Prime Minister Imran Khan has called leaders of all the world powers and is trying to come up with the strategy that decision making should not done in isolation and that it should be collective and must take the situation inside Afghanistan towards stability.

Pakistan tried to create a positive environment and persuaded the Taliban and the United States to negotiate, the minister said, adding that Pakistan also tried that Taliban and Kabul government should also hold talks but unfortunately due to negative attitude of Ashraf Ghani, the opportunity was wasted.

To a question, he said Pakistan did not control the Taliban and it did not have decision making powers with the Taliban. However he said Pakistan was in touch with all groups in Afghanistan and recently it hosted a delegation of Afghan Parliament here. “We are in touch with all Afghan factions and want installation of all-inclusive dispensation in Kabul having representation of all the factions.”

To another question, the minister said the statement by the spokesman of the Afghan Taliban that the territory of Afghanistan would not be allowed to be used against any other country is ‘highly welcome’.