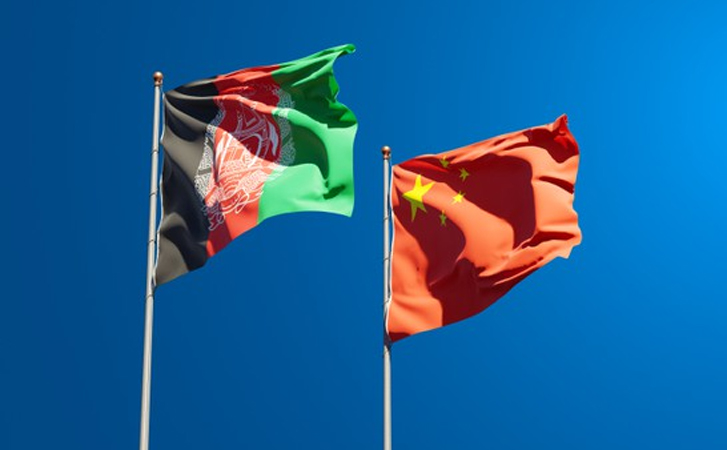 China has played a constructive role in promoting peace and reconciliation in Afghanistan and is welcome to contribute to the rebuilding of the country, Taliban spokesman Suhail Shaheen told Chinese state media on Friday.

“China is a big country with a huge economy and capacity – I think they can play a very big role in the rebuilding, rehabilitation, reconstruction of Afghanistan,” Shaheen told CGTN television in an interview. He said Taliban’s advance across Afghanistan represents a ‘popular uprising against an imposed administration’. The speed of the group’s advance across the entire country legitimises its takeover of the national government, he further said. “It is not an election, but it shows the support of the people,” he said in response to questions from anchor Jamie Owen about the justification for the group’s claims to represent the will of Afghans. He said an election was a question for the future but he ‘would not rule out’ a poll.

Shaheen urged the international community to “respect the will of the Afghan people” and recognize the new government.

Questioned about the desperation of thousands of Afghans to escape the country’s new rules, leading to scenes of chaos at Kabul’s airport, Shaheen said that many had been misled by rumors suggesting they would be able to settle in the UK or US if they boarded a flight.

Speaking from his home in Qatar’s capital, he said the new Taliban government in Kabul would protect women’s rights to education and work, adding that “the honor of Afghans is safe,” including any who worked for “foreigners” in the past. Asked if the group, which took control of the country just weeks after the departure of American troops, would implement similar hard-line laws to those they enforced in the 1990s, Shaheen said international reports of violence against women were incorrect.

There is no subjugation of women, the women are allowed to continue their work if they are journalists, they are practically now continuing their work. If they are teachers, they go to school,” he said.

He said that the Muslims of Afghanistan were happy to be governed under strict sharia law, but reiterated that the judicial system allowed for layers of appeal to protect the innocent.

The International Monetary Fund and the US said on Wednesday the Taliban would not be allowed to access its financial support and the US Treasury, which holds most of the Afghan state’s money, said it had frozen the assets.

The fundamental way out of the problem of Afghan refugees is to avoid unnecessary casualties and the creation of large scale refugees, she said while answering a question about whether China will support the large-scale evacuation operation in Afghanistan and accept Afghan refugees. “We should support and encourage the unity of all factions and ethnic groups in Afghanistan and find an open and inclusive political framework acceptable to the Afghan people and in line with their interests and national conditions through dialogue and consultation,” she added.

The spokesperson said that China’s position on the Afghan issue is very clear. “China hopes that Afghanistan will form an open, inclusive, and broadly representative government, which pursues moderate and prudent domestic and foreign policies and meets its people’s aspirations and the expectations of the international community.”