* Farrukh says PML-N leaders want to ‘save the skin’ of their leaders, who are facing corruption cases and are at large to avoid trail in courts 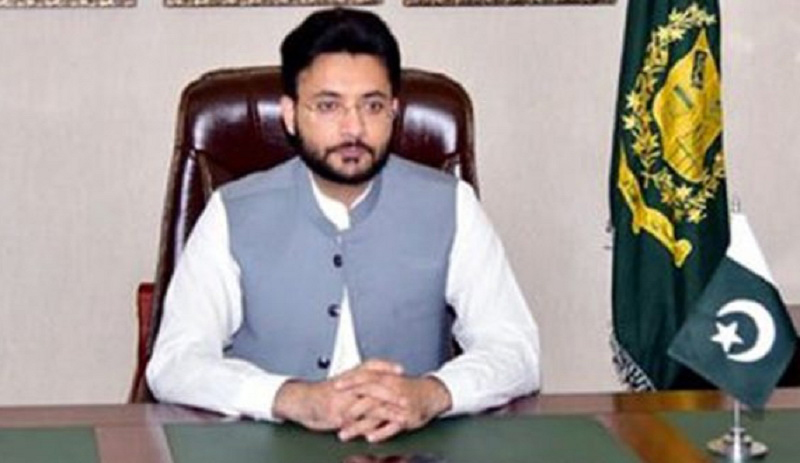 Minister of State for Information and Broadcasting Farrukh Habib on Friday rejected false claims made by Pakistan Muslim League-Nawaz (PML-N) leader Ahsan Iqbal in a presser about the present government’s three years performance.

In a live media talk broadcasted by the Pakistan Television (PTV), he set the record straight by comparing the PTI government’s third year in office with the last one of PML-N’s five-year term which ended in 2018.

Describing the PML-N leader’s presser as ‘full of lies’, he said it was only aimed at saving the skin of their leadership which had been facing corruption cases in the country and still at large to avoid trail in the courts. Such tactics would not hamper the process of accountability launched by Prime Minister Imran Khan to retrieve the national wealth from the looters and corrupt people, he added.

He said the vision 2025 of PML-N mentioned by Ahsan Iqbal in his new conference was only meant to raise assets for ‘motu gang’ and expedite money laundering through corrupt practices.

During those tumultuous times, both the major opposition parties PML-N and Pakistan People’s Party (PPP) were ruling the country, he said while asking them to refrain from lecturing the present government on economy.

Recalling Ahsan Iqbal’s interview with a television channel in which he stated that the Pakistan Tehreek-e-Insaf government should have gone to the IMF, Farrukh said the PML-N was aware of deteriorating economic condition in the country when it completed its tenure.

The minister said the PML-N took record foreign loans in its tenure and flooded the market with borrowed $7 billion, just to maintain rupee value artificially.

Comparing the present government’s economic performance with PML-N’s, he said today the situation was totally different.

From 2020 onward, he said the country, despite facing worst impact of pandemic, was performing extraordinarily on economic front. Four per cent economic growth was recorded at the end of last fiscal year, he added.

The minister said despite the COVID-19’s fallouts, exports were recorded at the highest level with $25.4 billion of goods and if services sector’s added, it would cross $31 billion mark. Textiles and IT exports were also showing phenomenal growth, he added.

Remittances, which remained at upto $20 billion during the PML-N tenure, now reached to $29 billion, he noted and remarked that the foreign remittances surged remarkably due to the confidence posed by the overseas Pakistanis in Prime Minister Imran Khan’s leadership.

He said the current account deficit which left by PML-N at $19 billion was now at its lowest level. It also remained surplus for some time during the present government’s tenure, he added.

Rejecting the notion of record tax collection in the PML-N tenure, he said its volume was increased by collecting huge amount in sales taxes.

He described the PML-N’s claim of collecting Rs 4,000 billion taxes during last year of its tenure as ‘wrong’ and said their government generated only Rs 3,740 billion in that regard. It was achieved with the help of an amnesty scheme for non-filers, withholding of tax refund payments and advance taxation.

On closing of last financial year, the minister said the government collected taxes of Rs 4,730 billion out of which record refund payments were made to the filers. The government had set a target of Rs 5,800 billion for this year’s tax collection, he added.

He said the Large Scale Manufacturing posted 14 per cent growth, while a huge amount of funds had been spent to reform the agriculture sector. Record increase in output of major crops was being witnessed due to an agriculture package of Rs 1,100.

Farrukh said the PML-N leaders did criminal negligence by installing 45 per cent of those power projects that had to be run on imported fuels. By 2023, Rs 1,500 billion would have to be paid in capacity payments.

He said the present government was taking steps to build major water reservoirs in the country to enhance storage capacity and reliance on hydel power.