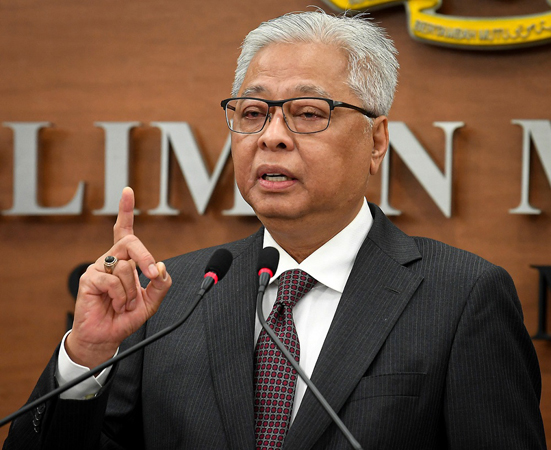 Malaysia’s king appointed Ismail Sabri Yaakob as the prime minister on Friday, returning the job to a party tainted by graft accusations as the southeast Asian nation grapples with a COVID-19 surge and an economic slump.

Ismail Sabri replaces Muhyiddin Yassin, who stepped down on Monday after coalition infighting cost him his majority, but the new prime minister’s backing by the same alliance raises concerns that he will also lead an unstable government.

Ismail Sabri is to be sworn in on Saturday, the palace said, after he secured a slim majority with the backing of 114 of parliament’s 222 members.

“His Majesty expressed the hope that with the appointment of the new prime minister, the political crisis can end immediately and all lawmakers can unite to put aside political agendas,” it said in a statement.

King Al-Sultan Abdullah has previously said the new prime minister would have to face a confidence vote in parliament to prove his majority.

Ismail Sabri’s appointment restores the post to the United Malays National Organisation (UMNO), Malaysia’s ‘grand old party’, which was voted out in a 2018 general election, after a multibillion-dollar scandal at state fund 1MDB.

He becomes Malaysia’s third prime minister since the 2018 election, after UMNO pulled its backing for Muhyiddin last month, citing his failure to manage the pandemic.

“With a razor-thin majority, he will need to make sure he does not face rebellions of those who are eyeing his position,” said Sivamurugan Pandian, a political analyst at the Malaysian Science University.

Ismail Sabri, who was Muhyiddin’s deputy and one of the ministers who helped fight the pandemic, takes over at a time when Malaysia’s infections and deaths per million rank as the region’s highest. Friday’s 23,564 cases represented a third straight day of record infections, carrying the tally beyond 1.5 million. read more

A trained lawyer and member of parliament since 2004, Ismail Sabri has been minister for rural and regional development, agriculture and domestic trade in previous governments. Markets had little immediate reaction. The ringgit currency, which has been pressured by the political instability and the pandemic, held steady.

THE RETURN OF UMNO: Malaysia has been in a state of political flux since the defeat of UMNO, which had governed for more than 60 years since independence. Two coalitions have collapsed since then because of the infighting.

Mahathir Mohamad led the opposition to a historic election victory for the first time, but his alliance collapsed from infighting.

Muhyiddin then put together a coalition with parties that had been defeated in the polls, including UMNO, but it, too, proved fragile, as the party balked at playing second fiddle.

Corruption could worsen under UMNO’s leadership, with no guarantee of the stability its past governments brought, said Alex Holmes, emerging Asia economist at Capital Economics.

“Having an unreformed UMNO back at the centre of power hardly bodes well for the future,” he added.