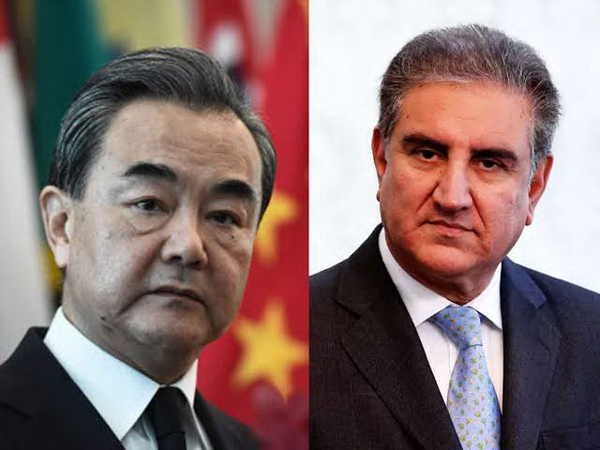 Federal Minister Shah Mahmood Qureshi on Wednesday informed his Chinese counterpart, Wang Yi, that he would be making visits to other countries to develop a ‘regional consensus on the evolving situation in Afghanistan’.

Chinese Foreign Minister Wang Yi called Foreign Minister Shah Mahmood Qureshi and exchanged views on the evolving situation in Afghanistan. During the telephonic conversation, Foreign Minister Qureshi underlined that a peaceful and stable Afghanistan was of critical importance for Pakistan and the region. In this perspective, he said, Pakistan had assiduously supported the Afghan peace process, the Foreign Office said. Pakistan and China, as part of Troika Plus, had made valuable contribution to these efforts.

Qureshi said in the given situation, it was extremely important to ensure safety and security as well as protection of rights of the Afghan people. He stressed that an inclusive political settlement was essential, for which all Afghans should work together.

He apprised Foreign Minister Wang Yi of Pakistan’s efforts to facilitate the evacuation of personnel and staff of diplomatic missions, international organizations, media and others from Afghanistan.

Qureshi said Pakistan and China were ‘iron brothers’ and strategic partners. The two countries had the tradition of maintaining close coordination and communication on issues of common interest and significance, he added.

Meanwhile, Minister for Interior Sheikh Rasheed Ahmed on Wednesday said that on the directives of Prime Minister Imran Khan, Pakistan has offered a special package of transit visa to Afghan diplomats and high officials on their arrival at Islamabad.

Addressing a press conference here at the ministry, he said that the government has decided to remain open all Pakistani airports round-the-clock for foreign diplomats, journalists, and high officials of IMF, World Bank etc who are coming from Kabul. Immigration department, Federal Investigation Agency (FIA) and other concerned staff were available on airports to facilitate them, he said.

Rejecting the false propaganda of Indian media regarding the situation on Torkham and Chaman borders, he made it clear that there were no Afghan immigrants present over there. “The situation on these two borders reportedly remained peaceful. The route was clear for trade and transit,” the minister maintained.

Sheikh Rasheed, however, said the personnel of civil armed forces, law enforcement agencies and the government officials were on high alert. However, everything was under control on borders.