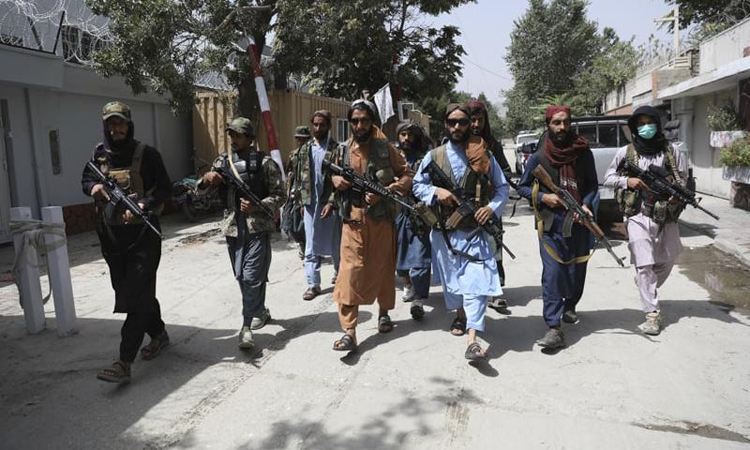 At least three people were killed as the Taliban violently broke up a protest in eastern Afghanistan on Wednesday, quashing a rare public show of dissent even as they met with Afghan officials from the Western-backed government they toppled.

Witnesses said the deaths in Jalalabad took place when local residents tried to install Afghanistan’s national flag at a square in the city, some 150 kilometres (90 miles) from the capital on the main road to Pakistan.

There were also more than a dozen people injured after the Taliban opened fire on protesters in the eastern city, two witnesses and a former police official told Reuters. Taliban spokesmen were not immediately reachable for comment.

Video footage showed the Taliban firing into the air and attacking people with batons to disperse the crowd. Babrak Amirzada, a reporter for a local news agency, said he and a TV cameraman from another agency were beaten by the Taliban as they tried to cover the unrest.

Video footage shot by Pajhwok Afghan News, a local news agency, showed protesters in the city who were carrying the Afghan flag fleeing with the sound of gunshots in the background. “There were some troublemakers who wanted to create issues for us,” a Taliban member present in Jalalabad at the time of the incident told Reuters. “These people are exploiting our relaxed policies,” he said.

The group’s every action in its sudden sweep to power is being watched closely.

Meanwhile, videos from the Panjshir Valley north of Kabul, a stronghold of the Northern Alliance militias that allied with the US against the Taliban in 2001, appeared to show potential opposition figures gathering there. It’s in the only province that hasn’t yet fallen to the Taliban.

Those figures include members of the deposed government – Vice President Amrullah Saleh, who asserted on Twitter that he is the country’s rightful president and Defence Minister General BismillahMohammadi – as well as Ahmad Massoud, the son of the slain Northern Alliance leader Ahmad Shah Massoud. It’s unclear if they intend to challenge the Taliban, who seized most of the country in a matter of days last week.

Intra-Afghan negotiations: The Taliban, meanwhile, pressed ahead with their efforts to form an “inclusive, Islamic government”. They have been holding talks with former President Hamid Karzai and Abdullah Abdullah, a senior official in the ousted government.