* Farrukh says first time in history, government is taking ownership of poor and the needy

On completion of Pakistan Tehreek-e-Insaf’s (PTI) three years in government, Minister of State for Information and Broadcasting Farrukh Habib on Wednesday cherished Prime Minister Imran Khan’s vision enabling fast transformation of Pakistan into a welfare state on pattern of Medina.

“Pakistan is on track of becoming a Medina-type welfare state under the leadership of Prime Minister Imran Khan,” he said in a news statement while taking pride of the initiatives like Panahgahs (Shelter Homes) and Langar Khany (Food Centres).

He said it was first time in the history of Pakistan that the government was taking ownership of poor and needy by operating shelter homes and food centres across the country. Downtrodden and less privileged segments of the society were being steered out of poverty through Ehsaas programme like projects.

Farrukh said the Ehsaas Programme’s financial volume had been increased to Rs 260 billion so that maximum number of poor people could reap its benefits.

Highlighting a number of achievements made by the PTI government in different sectors during the last three years, he said the country was on the path of development and prosperity due to prudent policies and wise decision of the Prime Minister. People were bearing fruits of relentless efforts made by Prime Minister Imran Khan and his team for welfare and betterment of the society, he added.

As regards to achievements made on economic front, he said the Gross Domestic Product has been registering growth for the last couple of years due to efforts of the Prime Minister’s economic team. The economic growth was recorded at four per cent in the last fiscal year, he added.

The PTI government was inherited with a country which was on the brink of economic default, he said, adding now the country’s exports stood at 25.3 billion dollars.

The minister said Large Scale Manufacturing increased by 14.3 per cent, which eventually led to overall economic growth. Foreign exchange reserves, exports and remittances were at the highest level of the last three years.

Farrukh said foreign exchange inflows from the overseas Pakistanis through the Roshan Digital account had crossed 2 billion dollars mark in a short span of 11 months. It reflected the confidence posed by Pakistani expatriates in PM Imran Khan.

Commenting on the socio-economic development of youth and poverty alleviation, he said soft loans amounting to over Rs 15 billion was disbursed among 13,000 budding entrepreneurs under the Prime Minister’s Kamyab Jawan Programme, while Kamyab Pakistan was launched to pull upto six million families out of pauperdom.

During the last 3 years, he said the PTI government had made impossible to possible by launching those projects and programmes which could not be implemented in the country’s 71-year history.

He said it would not only generate economic activity of Rs 4,100 billion in 120 allied industries, but also help create a total of 700,000 jobs in the country. 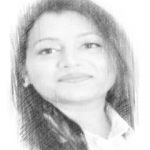