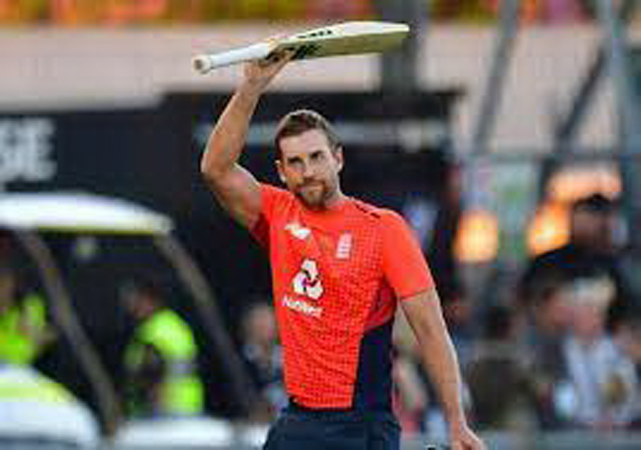 LONDON: England recalled Dawid Malan on Wednesday and dropped opener Dom Sibley from their squad as they looked to bolster their faltering top order for next week’s third Test against India at Headingley. India are 1-0 up in the five-match series after a 151-run win in the second Test at Lord’s where Sibley made scores of 11 and nought as his average dipped to 19.77 in 10 Tests this year. That led England to call-up Malan, the world’s number one-ranked Twenty20 batsman.

“Dawid Malan deserves his opportunity in the Test arena,” said England coach Chris Silverwood in an England and Wales Cricket Board statement. “He has a lot of experience across all formats and, if called upon, I am confident that he can come and do well.” The former England paceman added: “Dom Sibley needs some time away to regain his confidence after a challenging period…Dom offers a lot of value to the Test environment and some time away should help him. However, he remains part of our plans.” Malan won the last of his 15 Test caps in August 2018 but has been in good white-ball form recently while the 33-year-old’s only first-class match of the season saw him make 199 at Headingley for Yorkshire against Sussex in June.

Malan, however, normally bats no higher than number three. And with the struggling Zak Crawley, who did not play at Lord’s, also dropped from the squad, HaseebHameed may now open alongside Rory Burns when the third Test starts a week on Wednesday. That would leave Malan vying with Ollie Pope for the number three berth, although England could promote Jonny Bairstow up the order instead given his previous experience of batting at first-wicket down. Hameed returned to Test duty at Lord’s with scores of nought and nine, but at number three rather than in his favoured position of opener.

‘Brilliant Mahmood’: Meanwhile, pacemanSaqibMahmood, drafted in ahead of the second Test after veteran quick Stuart Broad suffered a series-ending calf injury, remains in a 15-man squad after Mark Wood hurt his shoulder while fielding at Lord’s, although the fast bowler did return to the attack on Monday’s final day. England are also without the injured Jofra Archer, Olly Stone and Chris Woakes, with star all-rounder Ben Stokes still unavailable due to mental health issues. Mahmood, uncapped at Test level, has impressed in white-ball formats and was England’s man of the series in their 3-0 one-day international campaign success against Pakistan earlier this season. “We are hopeful that Mark Wood will be fit after injuring his right shoulder in the first Test,” said Silverwood. “We will monitor where he is at when we get to Leeds. “We also have the services of SaqibMahmood, who has been brilliant across all formats this summer. He is confident, highly-skilled and will not be overawed if he is to make his Test debut.”

England squad for the third Test against India at Headingley, Aug 25-29: