Babar rises to 8th position as Faheem and Fawad move up 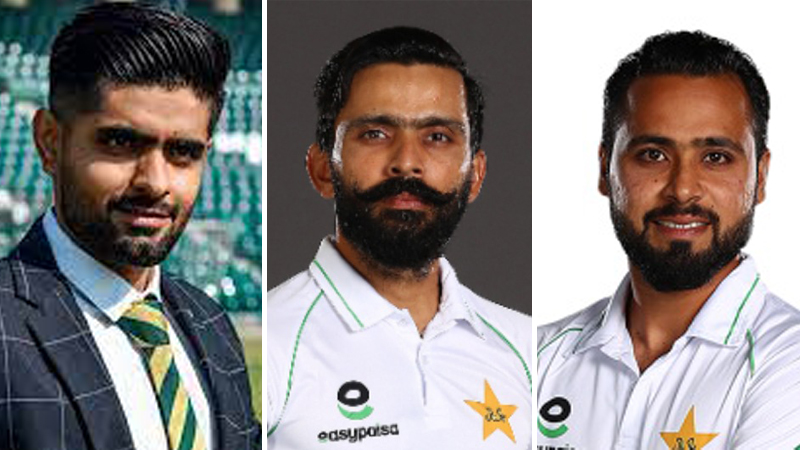 LAHORE: Pakistan skipper Babar Azam has improved his position in the ICC Test Player Rankings after a good performance in the recently held first West Indies Test. The latest weekly ICC update sees Babar move up two slots to eighth position among batters after scores of 30 and 55 while Faheem Ashraf and FawadAlam have gained four slots each to reach 48th and 55th positions, respectively. Pakistan pacers in the list are Hassan Ali (15), Mohammad Abbas (17) and Shaheen Shah Afridi (18). No Pakistani all-rounder is included in the top 10 list. England captain Joe Root’s scintillating form in the ongoing Test series against India has helped the England captain surge to the second spot in the rankings.

Root scored a sublime 180 not out in the first innings of the second Test match against India at Lord’s and was one of the few bright spots in the hosts’ 151-run defeat. He was placed at No 5 before the start of the series but two centuries in two matches has brought him within striking distance of Kane Williamson’s top spot. India’s KL Rahul also made massive gains in the batting charts, rising up 19 spots to 37 in batting rankings. In the bowling rankings, James Anderson’s five-wicket haul in the first innings helped him gain one spot to No 6. Mark Wood and Mohammed Siraj also jumped up the rankings, gaining 5 and 18 spots respectively. Wood is currently ranked 37th with Siraj a spot behind at 38. Jason Holder, after his brilliant all-round display during the Pakistan series, broke into the top 10 of the bowling rankings, gaining two positions to No 9. He also gained 5 spots in the batting rankings, rising up to 43. Jayden Seales was another big gainer, soaring up 39 places to the 58th spot in the bowling charts after his eight wickets in the match.