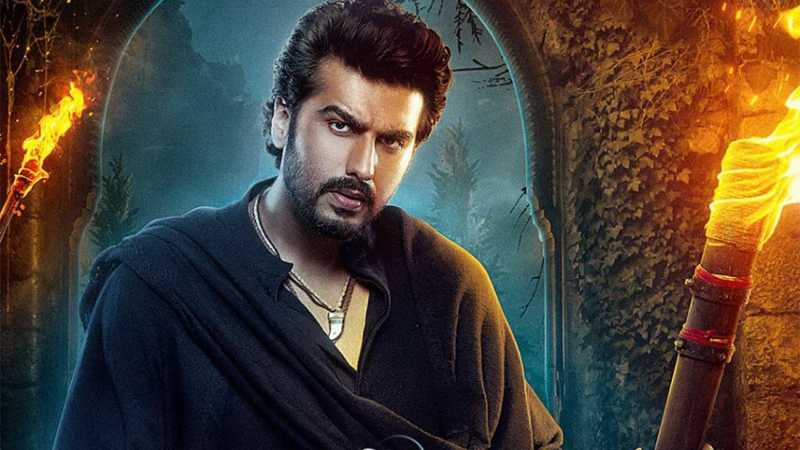 Saif Ali Khan and Arjun Kapoor starrer Bhoot Police trailer was released on Wednesday and we must say that kit is a roller-coaster ride of fun, madness, horror with a lot of drama.

Saif and Arjun turn ghostbusters in the upcoming horror-comedy.

Saif and Arjun turn ghostbusters in the upcoming horror-comedy

While Saif plays the role of a fake Baba Vibhooti who is extremely greedy and prefers sex over catching ghosts. Arjun’s character Chiraunji goes by the book ‘Baba ki Kitab’ to ward off the supernatural forces. Jacqueline plays Kanika, and Yami plays Maya in the film and adds more drama and glamour to the film.

Although, the trailer started off with a lighter note, and their lives turn upside down when Maya tells them that an evil spirit really exists and it is living in a town near hills. Later all of them embark on a funny yet entertaining journey to ward off the supernatural forces.

Helmed by Pavan Kirpalani, ‘Bhoot Police’ will release on Disney+ Hotstar on September 17.

Earlier it was decided that the film will have a theatrical release in September but due to COVID-19 pandemic, the makers have decided to give it a digital release.