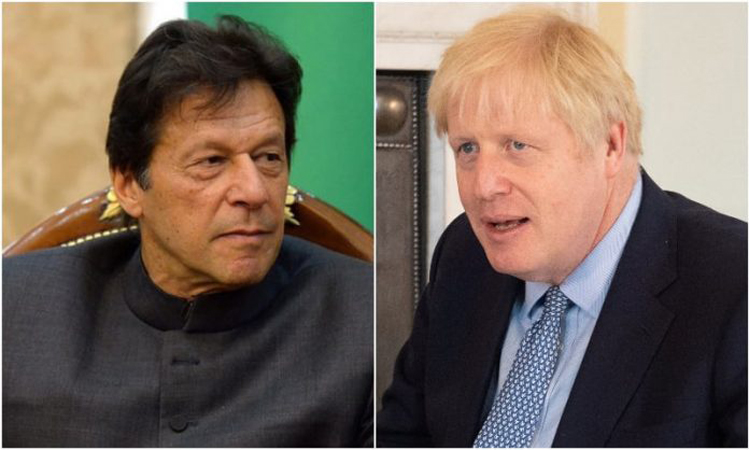 Prime Minister Imran Khan on Tuesday said that as Pakistan was reaching out to all Afghan leaders, the international community must also stay engaged, particularly to support the people of Afghanistan economically.

The prime minister stated this as he received a telephone call from German Chancellor Angela Merkel.

During the telephonic conversation, the two leaders exchanged views on the rapidly evolving situation in Afghanistan. The prime minister underscored the immense importance of a peaceful and stable Afghanistan for Pakistan and the region. He also stressed that safety and security as well as protection of the rights of all Afghans was critically important.

The prime minister underlined that an inclusive political settlement was the best way forward. He added that Pakistan was facilitating evacuation of diplomatic personnel and staff of international organizations from Afghanistan.

Meanwhile, Prime Minister Imran Khan and his British counterpart Boris Johnson during a telephonic conversation exchanged views on the latest situation in Afghanistan.

Prime Minister Khan, who received a telephone call from British Prime Minister Boris Johnson, underscored the paramount importance of a peaceful and stable Afghanistan for Pakistan. He also stressed that ensuring safety, security and respect for rights of all Afghans was critically important. The prime minister also underscored the importance of an inclusive political settlement in Afghanistan. He highlighted the positive role of Pakistan in facilitating evacuation of diplomatic personnel and staff of international organizations and others from Afghanistan.

The two prime ministers agreed to remain in contact with respect to the evolving situation in Afghanistan. In the bilateral context, Prime Minister Imran Khan highlighted the extensive measures taken by Pakistan to contain the Covid-19, noted that the relevant data had been shared with the UK side, and called for removal of Pakistan from the Red List.

The prime minister, who received a telephone call from Prime Minister Mette Frederiksen of Denmark, shared Pakistan’s perspective, emphasizing the importance of ensuring safety and security as well as protection of rights of all Afghans. He also underscored the importance of working out an inclusive political settlement.

The prime minister highlighted Pakistan’s facilitating role in the evacuation of diplomatic personnel and staff of international organizations and others from Afghanistan, as requested. The prime minister of Denmark thanked Prime Minister Imran Khan for Pakistan’s support and assistance in their evacuation endeavours. Earlier, Prime Minister Imran Khan said that in the current situation, great responsibility rests on the Afghan leaders to work constructively together to lead Afghanistan on the path of sustainable peace, stability and development. He underscored the importance of all sides working to secure an inclusive political solution. The prime minister expressed these views during a meeting here with a delegation of political leaders from Afghanistan.