Princess Beatrice opens up about living with dyslexia 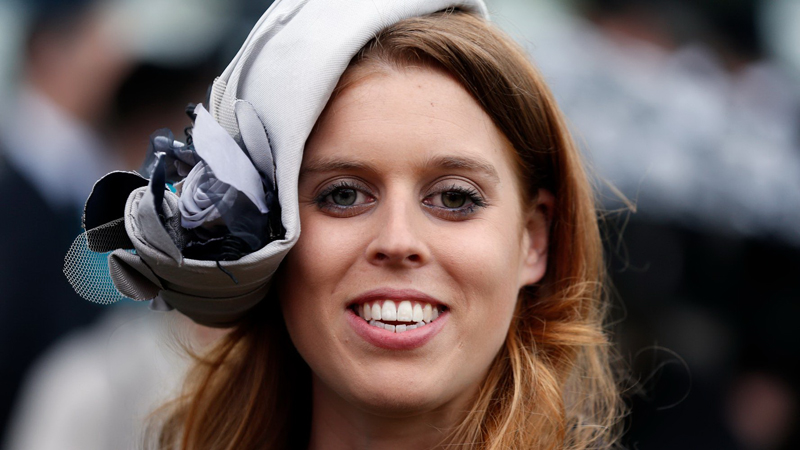 Princess Beatrice, who was diagnosed with dyslexia at age of seven, has opened up about growing up with the learning disorder. The 33-year-old, pregnant with her first child with husband Edoardo Mapelli Mozzi, said she saw it as a “gift” and that any child of hers would be “lucky” to have the condition.

“As an older person looking back, it definitely has allowed me to look at things in a new way and come up with solutions,” she explained. “I always describe it like being able to think in a circle,” she said in an interview to Giovanna Fletcher, guest editor on the week’s digital edition of Hello!.

Revealing that her husband is also dyslexic, she said: “So, we’ll see whether we’re having this conversation in a couple of months’ time with a new baby in the house. But I really see it as a gift and life is about the moments that challenge you and make you.”

She further mentioned that she never felt “lesser than” while growing up, and that she moved forward by focusing on what she “could do” rather than what she couldn’t do.

A learning disorder, dyslexia involves difficulty in reading due to problems identifying speech sounds, and how they relate to letters and words or comprehension. According to WebMD, dyslexia affects the ability to read, spell, write, and speak.

The condition manifests differently for different people. “It is a neurological condition, but can run in families and is not a result of poor teaching or instruction or upbringing,” said Dr Manish Mannan, HOD paediatrics and neonatology, Paras Hospitals, Gurgaon.

Per WebMD, some people have a mild form that they eventually learn to manage. Others have a little more trouble overcoming it. Even if children aren’t able to fully outgrow dyslexia, they can still go to college and succeed in life.

There are two types of lexia – dyslexia and alexia. “Alexia is an acquired inability to read, where the person is not born with it but develops subsequently in life. Dyslexia, on the other hand, is a condition which is genetic and present since birth. There are areas in our brain which are responsible for reading and understanding which get registered in our mind and spoken. The Medial Occipital Cortex is responsible for controlling all this reading, comprehension in the brain. Any lesion in these areas (known as medial occipital cortex) of the brain is the cause of dyslexia,” described Dr Madhukar Bhardwaj, neurologist, Aakash Healthcare, New Delhi.

According to Dr Mannan, about 30 percent of children who are dyslexic also have a condition called ADHD

“If a person gets a stroke, or a tumour, it is classified under alexia. A person can have agraphia, dysgraphia which is difficulty in writing.

The common difficulties faced by children are difficulty in reading and writing and often they are scolded for not paying proper attention,” said Dr Bhardwaj.

First step is identifying the issue, classifying its type or subtype of specific learning disorder as per international classification. Then, a general medical paediatric and neurological assessment of the child to look for any medical issues associated is done. More so, the association of ADHD, neuro or muscular issues, autism and behavioural disorders is looked for, mentioned Dr Kondekar.

At times, a change in curriculum school educator or learning strategies need to be added.

A certificate may be issued stating SLD. “Parents are made aware about national program RBSK and legal rights of children with learning disorders,” explained Dr Kondekar.

As per the expert, RBSK is an initiative by the government which classifies learning disabilities as developmental disabilities and People with Disabilities Act classifies it under intellectual disabilities. RBSK aims at early identification and early intervention for children from birth to 18 years to cover four ‘D’s which includes Defects at birth, Deficiencies, Diseases and Development delays.

Dr Mannan pointed out that before a diagnosis of dyslexia is made, it is important to rule out medical conditions that mimic the signs of dyslexia. “Hormonal problems like hypothyroidism, iron deficiency or any other multivitamin deficiency, can also lead to a child behaving in an abnormal manner or displaying lack of concentration or fidgetiness. So, it is a good idea to first rule out all medical problems before you jump to the diagnosis of dyslexia. The child should be assessed adequately by an expert and then the therapy should be initiated,” he said.

Dyslexia can’t be prevented but if it’s addressed early it can be improved, stated Dr Bhardwaj. The earlier the therapy is initiated, the better is the likely outcome, said Dr Mannan.

“Cognitive behavioural therapies, speech therapies help in improvement which includes training children to read and write. Before treatment, it’s important to identify the cause and severity of the condition. If it’s dyslexia or alexia. Often acquired dysgraphia improves with the therapy in comparison to genetic dyslexia,” said Dr Bhardwaj.