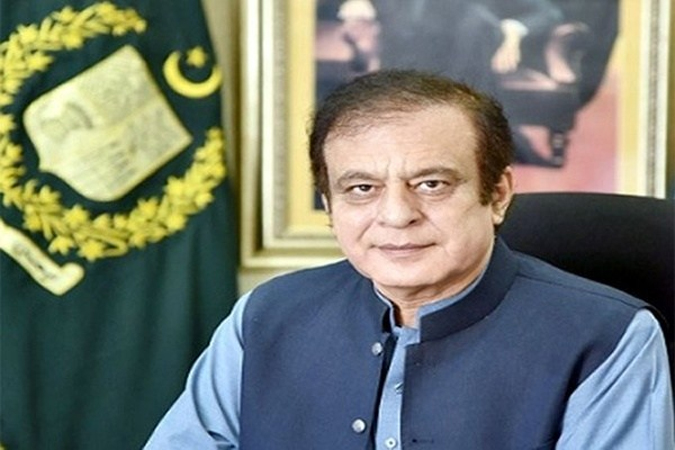 Federal Minister for Science and Technology, Syed Shibli Faraz Tuesday said that the Election Commission of Pakistan (ECP) has expressed its satisfaction over the Electronic Voting Machine (EVM) developed by his ministry.

“The ECP has expressed its satisfaction over the EVM during the meeting however the commission gave some valuable suggestions regarding the role of Presiding Officer”, Shibli Faraz said while talking to media outside the ECP after giving presentation on EVM.

Speaking to the media, the federal minister said that ECP authorities asked 75 questions about the EVM all of which were responded to their satisfaction. “The consensus has been developed on the use of technology in the election”, he added.

“Since it has been decided that Election 2023 will be conducted through the use of EVM, we have to decide such strategies and timelines now so that all the process including tender for the EVMs may be initiated after the satisfaction of all the stakeholders”, he said.

The minister pointed out that it was discussed in the meeting that if some voter or presiding officer try to cast vote on EVM repeatedly then there will be need of incorporating strong voter identification system in the machine.

The federal minister stated that we are in efforts that the election process should involve more technology and reduced human interference. To a question, he said the government has planned to educate the masses through different ways about the utility of technology in the elections. “Use of EVM in election is meant to address all the issues which affect the credibility of the results and make the election controversial”.

The minister said that all the stakeholders including parliament, opposition parties, ECP and masses were being taken onboard on the use of EVM in the elections.

To another question, the federal minister stated that the EVM can be tested at any local government election before the general election. Speaking to the media before the meeting at ECP, the federal minister invited opposition parties and the general public to examine the EVM and said that the government would make efforts to address their reservations in this regard.

“I am asking the opposition not to oppose it without examining for the sake of criticism and should send their technical experts to review its working,” the minister said. He said that they had prepared a model machine and would accept the decision from the ECP after the examination today. “ECP is a constitutional institution and the government cannot dictate it”, he said.