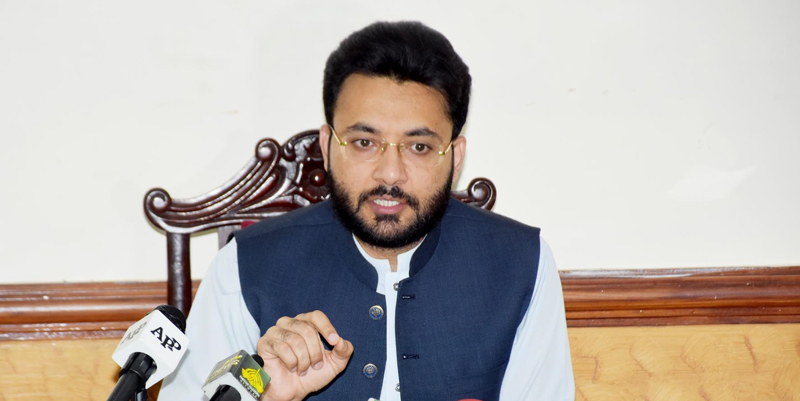 Minister of State for Information and Broadcasting Farrukh Habib on Tuesday described the Pakistan Muslim League-Nawaz’s (PML-N) criticism on the Pakistan Media Development Authority (PMDA) as ‘unfounded’.”Consultative process on the PMDA’s framework is underway. The PML-N’s criticism on it is beyond comprehension,” he said in a news release while reacting to PML-N Spokesperson Marriyum Aurangzeb’s statement.

“There will be no restriction on media freedom [with establishment of PMDA],” Farrukh said while lashing out at those who were trying to mislead the people with interpretation of PMDA according to their own whims. He criticized the opposition for resorting to political point-scoring on the PMDA without reading draft of its framework. Farrukh chided Marriyum for criticizing the PMDA and said she did not even bother to attend joint meeting of the Standing Committee on Information and Broadcasting. He said all the media forums including All Pakistan Newspapers Society (APNS), Council of Pakistan Newspaper Editors (CPNE), Pakistan Broadcasters Association (PBA), press clubs and other stakeholders had been made part of the consultative process. All the stakeholders assured full support on the steps that would ensure journalists and media workers’ job security and in-time salaries and regulation of digital media, he added. He said in the past, it was tradition of enacting laws overnight, adding it was the present government which had set a precedent of holding consultation with stakeholders before drafting laws. Farrukh said everybody including media knew as to how the PML-N dealt with media during their tenure of government in the country.The minister said the PMDA framework was being developed in the same manner that the developed countries had adopted to deal with the challenges stemming from the evolutionary process of media. He said the PMDA would not only regulate digital media and develop the industry in an effective manner, but also ensure freedom of expression and protection of journalists’ rights. It would also ensure job security and in-time issuance of salaries of journalists and media workers, he added.