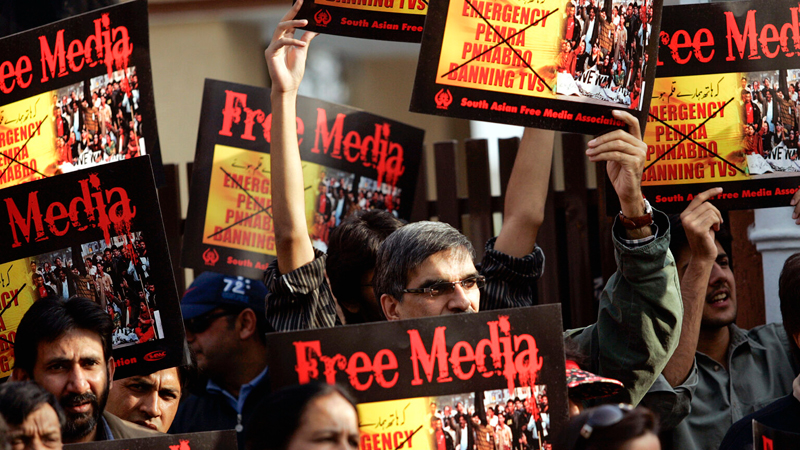 The joint committee of the media organisations comprising APNS, PBA, CPNE, PFUJ and AEMEND have uaninamously rejected the proposed Pakistan Media Development Authority (PMDA) and termed the concept an unconstitutional and draconian law against the freedom of press and expression.

“All representatives were unanimous in rejecting the PMDA draft ,” the statement said, adding: “The ministry is continuously trying to give the impression that sections of the media fraternity are supporting the ministry on this draconian attempt to muzzle the press. This should be stopped immediately.” The statement said that all the delegates jointly rejected the PMDA and termed it as a step toward imposing the state control to regulate all segments of media under an over-centralised body.

They said the move to bring all types of media organisations under state control through one body indicates an authoritarian streak.

Earlier, after a meeting with CPNE at Aiwan-e-Iqbal Lahore, Information Minister Fawad Chaudhry said that the ordinance was under discussion regarding media belongs to previous governments.