* Lads on tour, move along to Magaluf, which lies about 50 kilometres to the west, the other side of the capital, Palma 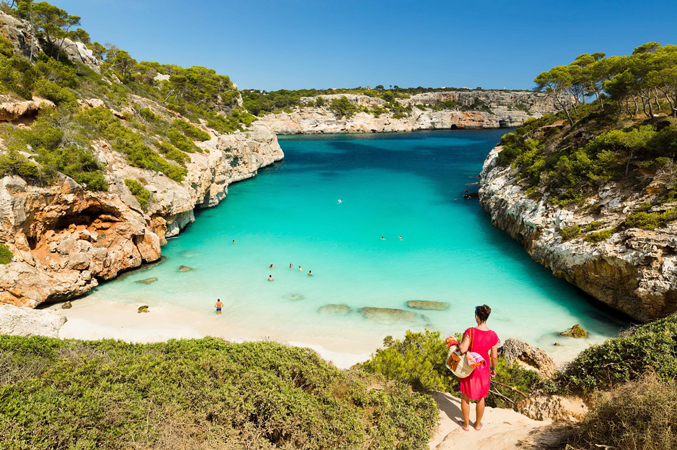 It was like a kind of magic. A hotel on Mallorca that left me spellbound. I knew the biggest island of the Balearic archipelago could throw a party, but I didn’t realise it could enchant. Not, that is, until we rolled into the grand courtyard of Zoetry Mallorca, a stunning step-back-in-time country estate hotel that mesmerises with tranquil courtyards, charming service, a pool or two and luxurious, serene bedrooms.

Lads on tour, move along to Magaluf, which lies about 50 kilometres to the west, the other side of the capital, Palma.

Zoetry Mallorca occupies buildings once owned by the landed gentry dating back to the 14th century, has a 15th-century windmill and a mesmerising neo-Gothic 19th-century chapel, built by a previous owner.

It used to be a Hilton but has recently been refurbished and become a jewel in the portfolio of US group Amresorts Collection.

We found it on a quiet road 20 kilometres or so to the southeast of the island’s capital, surrounded by not much at all.

There’s a quality vineyard next door – Bodegas Bordoy – but other than that it’s a neighbourhood of raw rustic countryside and the occasional wheeling bird of prey.

Zoetry Mallorca occupies buildings once owned by the landed gentry dating back to the 14th century, has a 15th-century windmill and a mesmerising neo-Gothic 19th-century chapel, built by a previous owner

Our bedroom was a junior suite with a luxurious bathroom in the renovated stable block, where the interior designer had embraced the pathway to clutter-free tranquillity and left the walls relaxingly bare and the room embellished with just a few carefully chosen items of wooden furniture.

We parents had a gargantuan bed to sink into and our four-year-old daughter a comfy sofa bed in the living room.

It was a most relaxing environment and mere steps from the aristocratic hotel’s facilities, which are connected by flower-and-tree-lined pathways, ancient corridors and the aforementioned tranquil courtyards.

There are two adult pools, one with a kids pool – and this was where we did much of our flopping, and where the little one generally became most excited. Getting her out of the water was a task.

There was a lifeguard on constant duty, a most efficient waitress on call to dispense tasty bar food and plenty of trees offering shade.

But perhaps my favourite area in the hotel grounds was the cobbled courtyard, where breakfast and evening dinner was served by the hotel’s smashing staff to guests sitting under beautiful trees. In the starlit evenings, we’d dine on tasty tapas and sip rose cava as musicians wafted music into the night air.

In the mornings, fresh coffee and Spanish pastries would come thick and fast as we perused the maps and guide books and worked out the day’s itinerary, often helped by the hotel’s superstar guest relations manager, Ana.

We found some treasures, stunning beaches an easy drive away such as Cala Marcal, Cala Brafi and Cala Pi on the south and east coasts – and thanks to some wayward satnav instructions from the BMW X1 hire car, we got to explore some of the island’s narrowest, least SUV-friendly roads as a bonus. And I got to practice my 20-point turns.

Was I flustered? Not once I was wrapped in Zoetry Mallorca’s seductive embrace.