* Of course, this isn't the first time the 48-year-old activist has discussed the '90s affair with Bill Clinton that almost brought down his presidency 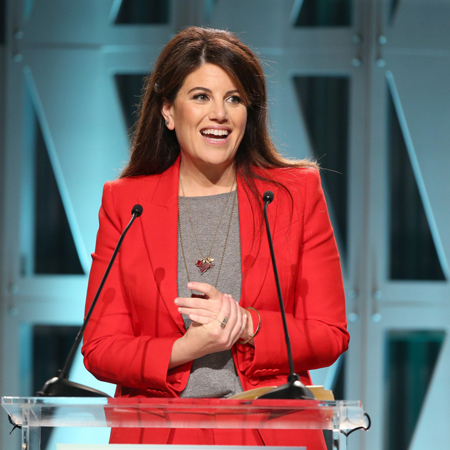 Monica Lewinsky isn’t one to shy away from the tough questions. Participating in Vanity Fair’s Proust Questionnaire, published Aug. 12, the White House’s most well-known intern responded honestly when asked about her greatest regret: “That some of my choice have caused others suffering.”

Of course, this isn’t the first time the 48-year-old activist has discussed the ’90s affair with Bill Clinton that almost brought down his presidency.

Lewinsky and Clinton’s affair led to his impeachment by the House of Representatives in 1999. The Senate later acquitted him. Lewinsky, in her early 20s at the time, suffered through years of public shaming and mockery.

Lewinsky wrote about it for the first time, also in Vanity Fair, in 2014. ‘I, myself, deeply regret what happened between me and President Clinton,’ the magazine contributor shared in her essay

So when asked what she considered her greatest achievement, it makes sense that she told Vanity Fair in her latest interview, “Survival-and that my humour and ability to open my heart are still intact.”

After the scandal, Lewinsky became an anti-bullying activist and motivation speaker and found ways to, as she suggested, poke fun at herself to the delight of her 1.1 million followers on Twitter.

Lewinsky even signed on as a producer of the upcoming FX miniseries Impeachment: American Crime Story, which was executive produced by Ryan Murphy.

The project stars Beanie Feldstein as Lewinsky and Clive Owen as Clinton.

In 2019, Murphy told The Hollywood Reporter that he ran into Lewinsky at a Hollywood party and said, “Nobody should tell your story but you, and it’s kind of gross if they do. If you want to produce it with me, I would love that; but you should be the producer and you should make all the goddamn money.”

Lewisnky told Vanity Fair, “I was hesitant, and truthfully more than a little scared to sign on. But after a lengthy dinner meeting with Ryan, I came to understand even more clearly how dedicated he is to giving a voice to the marginalized in all of his brilliant work. I’m privileged to work with him and the other talented people on the team, and I’m privileged to have this opportunity.”