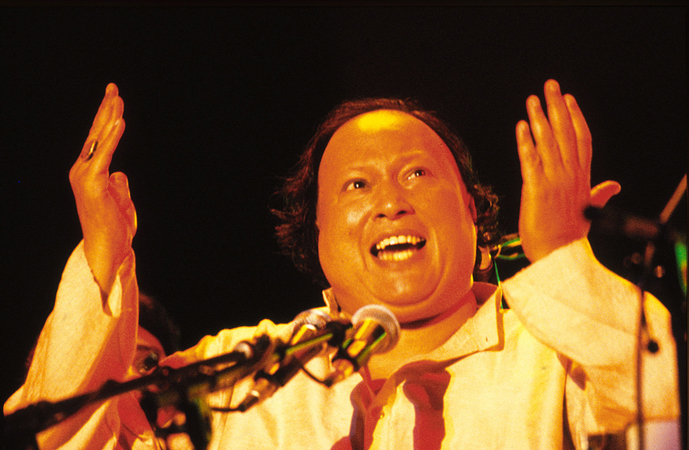 Nusrat Fateh Ali Khan, the biggest national icon in Sufi and classical music has left a legacy behind which is still treasured by people all over the world.

It’s been 24 years today, since the maestro departed from this world.

The legendary singer was born into a family where music was revered. His father, Ustad Fateh Ali Khan was a well-known musicologist, vocalist, instrumentalist and qawwal.

He collaborated with international musicians and reached out global audiences through his joint venture with Peter Gabriel for the soundtrack of the film The Last Temptation of Christ in 1985.

Some of his popular international collaborations include Mustt Musst with Canadian musician, Micheal Brook and Night Song with the Pearl Jam lead vocalist, Eddie Vedder.

He released 125 albums and his name was mentioned in the Guinness book of world record for having the greatest number of Qawwali albums.

His most famous songs include Kinna Sohna Tainu, Piya Re Piya Re, Gham Hai Ya Khushi, Mera Piya Ghar Aaya, Dum Mast Kalandar, Afreen Afreen and many others.

Khan was awarded the Pride of Performance for his great contribution in the field of music by the Government of Pakistan.