Taliban in control of Afghanistan, panic in Kabul

President Ashraf Ghani flew out of the country on Sunday night as the insurgents encircled the capital, capping a military victory that saw them capture all cities in just 10 days.

“The Taliban have won with the judgement of their swords and guns, and are now responsible for the honour, property and self-preservation of their countrymen,” Ghani said afterwards.

Government forces collapsed without the support of the US military, which invaded in 2001 after the September 11 attacks and toppled the Taliban for its support of Al-Qaeda.

But the United States ultimately failed to build a democratic government capable of withstanding the Taliban, despite spending billions of dollars and providing two decades of military support.

After police and other government forces gave up their posts in Kabul on Sunday, Taliban fighters took over checkpoints across the city and entered the presidential palace.

Militants with rifles slung over their shoulders also walked through the streets of the Green Zone, the formerly heavily fortified district that houses most embassies and international organisations.

The Taliban sought to reassure the international community that Afghans should not fear them, and said they will not take revenge against those who supported the US-backed alliance.

In a message posted to social media, Taliban co-founder Abdul Ghani Baradar called on his fighters to remain disciplined after taking control of the city.

“Now it’s time to test and prove, now we have to show that we can serve our nation and ensure security and comfort of life,” he said.

The Taliban’s capture of the capital had occurred, as in many other cities, without the bloodshed that many had feared.

Washington was left shocked by the rapid collapse of the Afghan government, and critics have said the United States’ reputation as a global power has been badly tarnished.

Britain’s Defence Secretary Ben Wallace described the Taliban takeover as a “failure of the international community”, assessing that the West’s intervention was a job only half-done.

While the head of German Chancellor Angela Merkel’s CDU party, Armin Laschet, described the withdrawal as “the biggest NATO debacle since its founding”.

The US government has insisted in recent days that its two decades of war in Afghanistan was a success, defined by quashing the Al-Qaeda threat.

President Joe Biden said there was no choice but to withdraw American troops and he would not “pass this war” on to another president.

The UN Security Council was set to hold an emergency session on Afghanistan on Monday, with the Taliban looking for formal recognition. 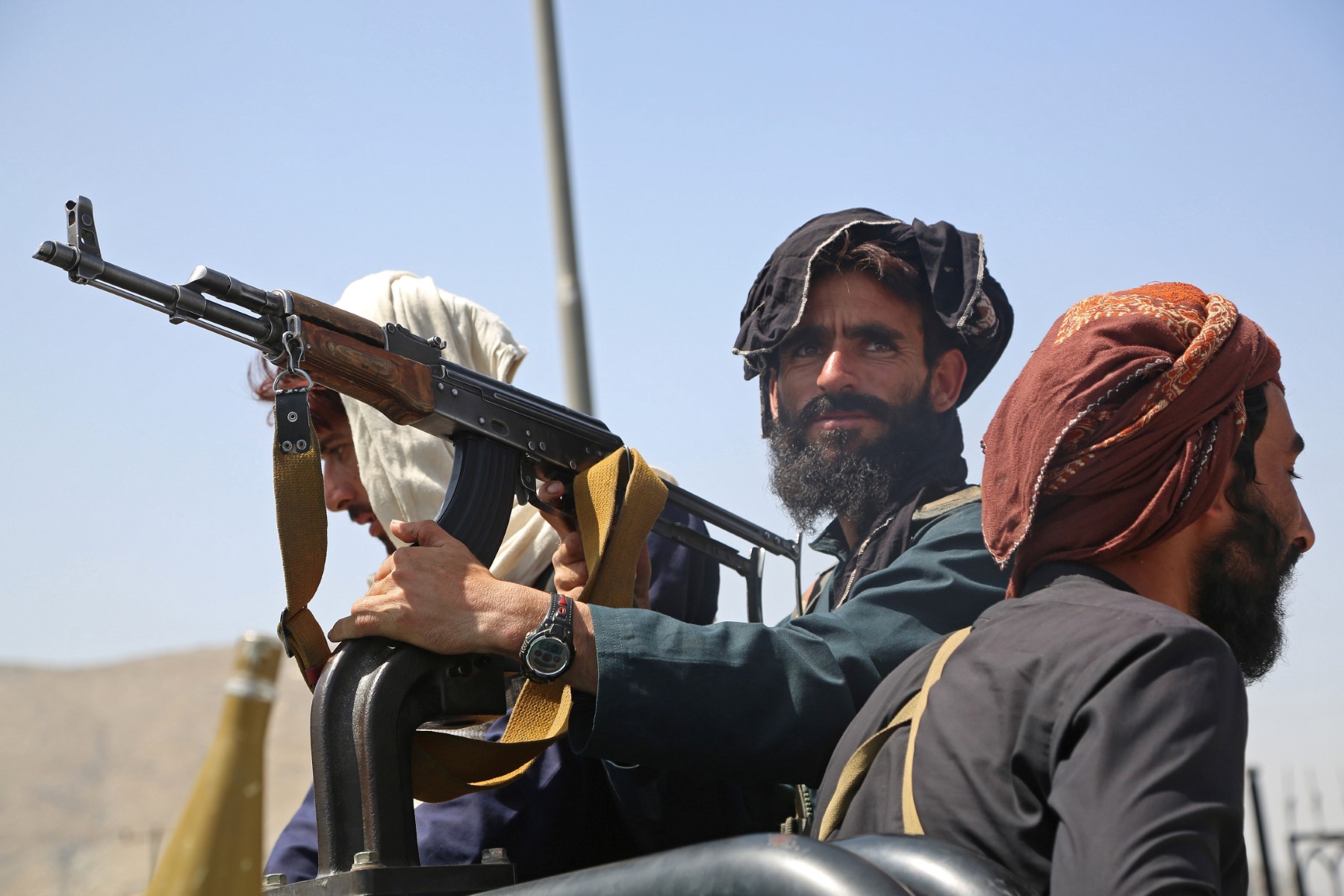 – Chaos at the airport –

There were desperate scenes at Kabul’s airport on Monday as people tried to board the few flights available.

“We are afraid to live in this city,” a 25-year-old ex-soldier told AFP as he stood among huge crowds on the tarmac.

“Since I served in the army, the Taliban would definitely target me.”

An Afghan military plane that had illegally crossed into Uzbekistan crashed in the south of the country, the Uzbek defence ministry said on Monday.

The United States has sent 6,000 troops to the airport to ensure the safe evacuation of embassy staff, as well as Afghans who worked as interpreters or in other support roles.

The US government said Monday it had secured the airport, but there was still chaos with witnesses reporting soldiers firing shots into the air to ward off crowds.

Authorities then cancelled all remaining commercial flights, citing the threat of looters.

The United States had earlier released a statement with more than 65 nations urging the Taliban to let Afghans leave the country, warning of accountability for any abuses.

UN Secretary General Antonio Guterres urged the Taliban and all parties to “exercise restraint” and said the rights of women and girls must be protected.

The Taliban imposed an ultra-strict interpretation of sharia law during their 1996-2001 rule.

This included banning girls from schools and women from working, while people were publicly stoned to death for adultery.

Muska Dastageer, a lecturer at the American University of Afghanistan, which opened five years after the Taliban were ousted, said Kabul residents felt “frightened and helpless”.

“The fear just sits inside your chest like a black bird. It opens its wings and you can’t breathe,” she wrote on Twitter.

China was the first major nation to flag support for the Taliban, stating it was ready for “friendly relations”.

Russia’s ambassador to Afghanistan planned to meet with the Taliban on Tuesday, with recognition to be determined on how they govern the country in the near future, a foreign ministry official in Moscow said.