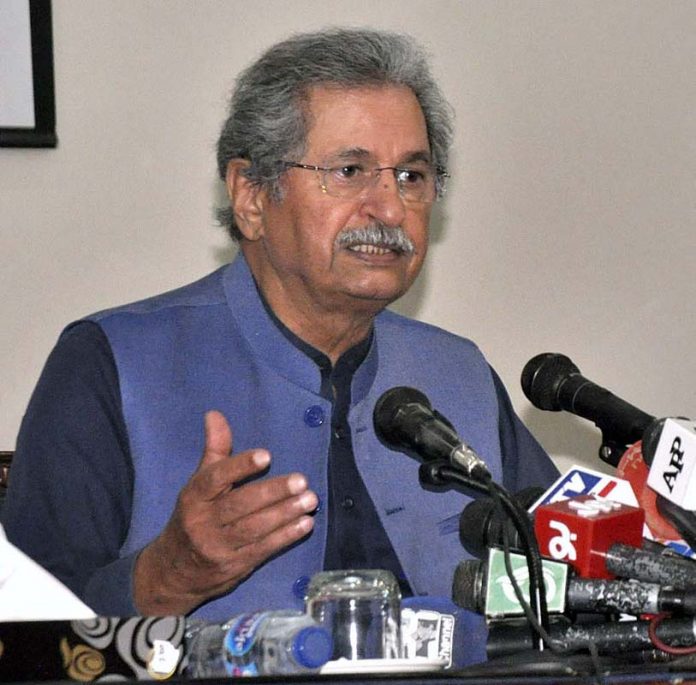 At the launch of the first phase of the Single National Curriculum (SNC), at Prime Minister House, he expected the Sindh government to adopt the same curriculum.

He said the unified curriculum is the fulfillment of the election manifesto of Pakistan Tehreek-e-Insaaf.

The Minister for Education termed it a big step towards ending injustice in society.

He said several developed countries including the United Kingdom, China, Germany, and Japan followed their own national curriculum, adding that a uniform framework would help the Pakistani students a level-playing field in academics.

It is worth mentioning that Prime Minister Imran Khan has formally launched the online portal with the uniform syllabus, which has been developed by the National Curriculum Council,

Ministry of Federal Education and Professional Training in consultation and collaboration with education departments of all federating units of the country.