Ghani flees to Tajikistan as Taliban enter Kabul: The fall of Kabul 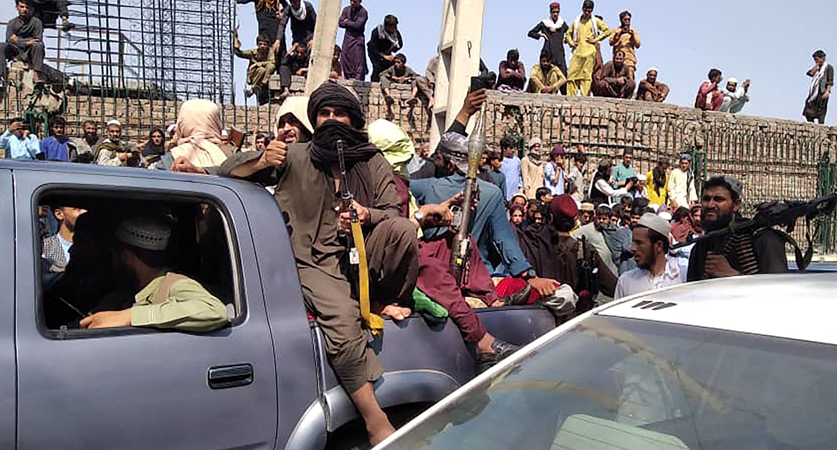 President Ashraf Ghani fled Afghanistan on Sunday, a top official said, effectively ceding power to the Taliban, who have entered the capital Kabul to seal a nationwide military victory in just 10 days.

A spokesman for the insurgents confirmed they had entered multiple districts of the city to ‘ensure security’.

Three senior Taliban sources also told AFP that the insurgents had taken control of the presidential palace and that a meeting on security in the capital was under way.

In just over a week, the Taliban have carried out a lightning sweep of the country, with troops incapable of holding onto territory without the support of the US military, which is finalizing its withdrawal after 20 years in the country.

“The former Afghan president has left the nation, leaving the people to this situation,” Abdullah Abdullah, who heads the peace process, said in a video on his Facebook page. “God hold him accountable, and the people will have their judgement.” 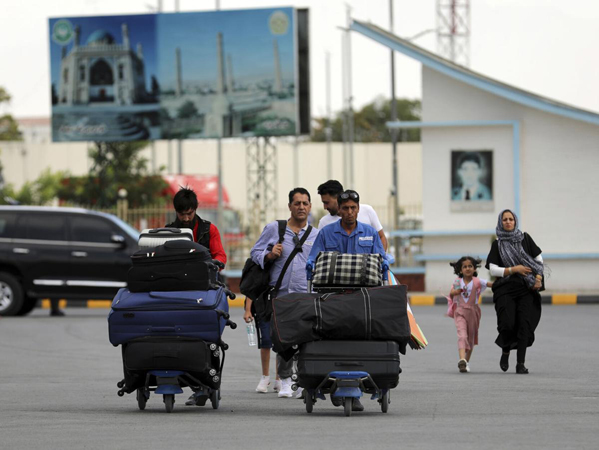 Abdullah gave no indication where Ghani was going, but leading Afghan media group Tolo news suggested he was heading to Tajikistan.

Ghani’s departure from office was one of the key demands of the Taliban in months of peace talks with the government, but he had stubbornly clung to power.

The insurgents said they want a “peaceful transfer” within the next few days, two decades after US-led forces toppled their regime in the wake of the September 11, 2001 attacks.

Earlier Sunday, the group ordered its fighters not to enter the capital, saying the remnants of the government’s forces were responsible for security. But later, a spokesman tweeted that Taliban forces had entered several districts.

“Military units of the Islamic Emirate of Afghanistan have entered Kabul city to ensure security,” Taliban spokesman ZabihullahMujahid tweeted, adding that “their advance is continuing normally”. 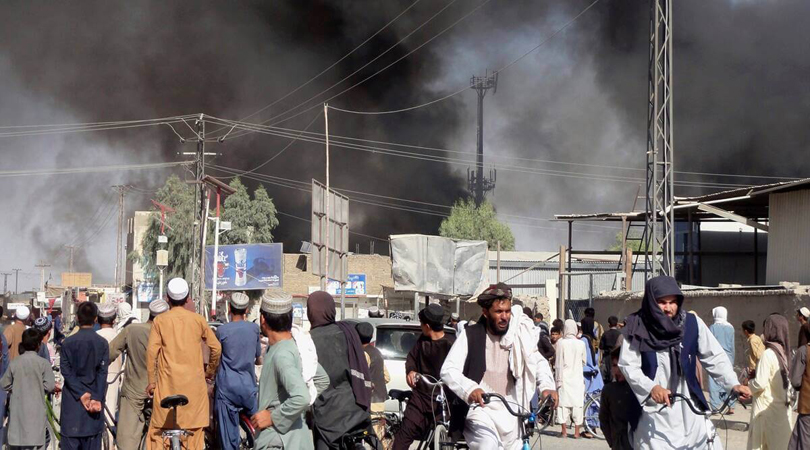 There are fears of a security vacuum in Kabul as thousands of police and other armed services members have abandoned their posts, uniforms, and even weapons.

The United States began moving its citizens and Afghan staff to Kabul airport, with the help of thousands of troops deployed to the capital to assist with the evacuation.

The US embassy said there had been “reports of the airport taking fire” but those were not immediately confirmed.

NATO Secretary General Jens Stoltenberg said the Western alliance was working to keep the airport running “to facilitate and coordinate evacuations”, as foreign nationals and Afghans converged on the facility to attempt to leave the country.

US Secretary of State Antony Blinken nevertheless dismissed comparisons with the chaotic American departure from Saigon in 1975.

“The fact of the matter is this: We went to Afghanistan 20 years ago with one mission in mind,” he said Sunday.

“That was to deal with the people that attacked us on 9/11. That mission has been successful.” 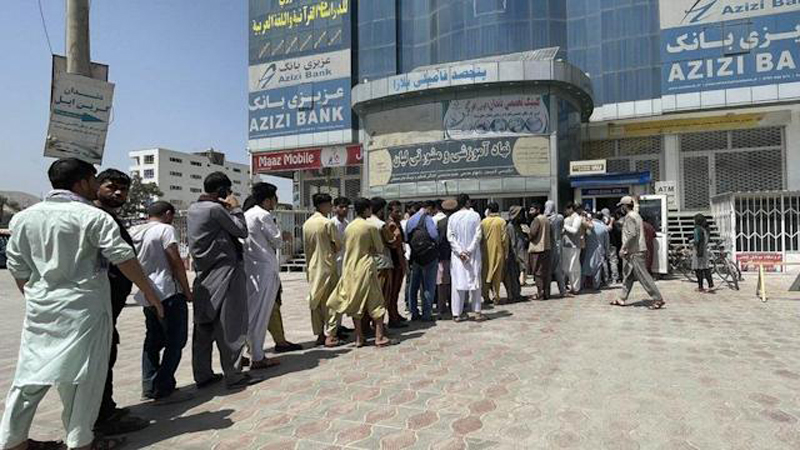 The Taliban’s imminent takeover triggered fear and panic in Kabul among residents fearful of the group’s hardline brand of Islam.

The scale and speed of the insurgents’ advance have shocked Afghans and the US-led alliance that poured billions into the country over the past two decades.

President Joe Biden ordered the deployment of an additional 1,000 US troops to help secure the emergency evacuation from Kabul of embassy employees and thousands of Afghans who worked for American forces and now fear Taliban reprisals.

That was on top of the 3,000 American soldiers deployed in recent days, and 1,000 left in the country after Biden announced in May that the final withdrawal of the US military presence in Afghanistan would be completed by August 31.

That decision has come under increased scrutiny given the collapse of the Afghan armed forces, but he insisted Saturday there was no choice.

“I was the fourth president to preside over an American troop presence in Afghanistan — two Republicans, two Democrats. I would not, and will not, pass this war onto a fifth,” Biden said.

Ghani’s government was left completely isolated on Sunday after the insurgents overran the anti-Taliban northern stronghold of Mazar-i-Sharif and the eastern city of Jalalabad.

Like with most of the other captured cities, the seizure of power came after government forces surrendered or retreated.

Most of the fighters appeared young, suggesting they were most likely infants or not even born when the Taliban was toppled from power in 2001.

In Kabul, panicked residents swarmed banks for a second straight day, hoping to withdraw their savings. Many were already resigned to the Taliban taking power. “My only wish is that their return leads to peace. That is all we want,” said Kabul shopkeeper Tariq Nezami.

For the tens of thousands who have sought refuge in Kabul in recent weeks, the overwhelming mood was one of apprehension and fear.

“I am worried there will be a lot of fighting here,” one doctor who arrived with his 35-strong family from Kunduz told AFP, asking not to be named.

“I would rather return home, where I know it has stopped.”

Meanwhile, Afghan President Ashraf Ghani said that he had fled the country on Sunday to “prevent a flood of bloodshed”, as the Taliban entered the capital, capping a lightning offensive across the country.

Ghani, who did not say where he had gone, said he believed “countless patriots would be martyred and the city of Kabul would be destroyed” if he had stayed behind.

“The Taliban have won… and are now responsible for the honour, property and self-preservation of their countrymen,” he said in a statement posted to Facebook.

Taliban’s Mullah Abdul Ghani Baradar is likely to be Afghanistan’s new President, reports said. A Taliban official said they will soon declare the Islamic Emirate of Afghanistan from the presidential palace in Kabul, the Associated Press reported.