The inevitable has finally happened; only that it has happened much faster than anybody had imagined. That the Taliban were going to retake Kabul, despite their promise to the contrary when they began their peace negotiations with the Trump White House, was practically written on the wall. Yet the speed with which they have done it has left the whole world stunned; and Pakistan is no exception. And just as there is chaos and uncertainty on the streets of Kabul, you can be sure that people in the power circles in Islamabad are also running from pillar to post to make sense of the situation and adopt an appropriate policy.

That is because Pakistan did not come up with a concrete policy in the days that have just passed even though it could be seen that the entire region’s security calculus was being stood on its head. And the few lines that came from a few ministers actually contradicted each other more than they formed some kind of a narrative. Now there’s not only the matter of what to do about the new Afghan government that the Taliban are no doubt going to head – a matter made infinitely more difficult than it would have been if senior government officials hadn’t already gone on record to say that Pakistan would not support, nor recognise, a forceful takeover of Kabul – the fate of thousands, perhaps even millions, of fresh refugees must also be settled very quickly.

It’s also perhaps more than just symbolic that the same day that the Taliban re-took Kabul local headlines were speaking of a grenade attack on a mini-van in Karachi that killed 12 people of an extended family, mostly women and children, in what the police is calling a terrorist attack. There is a clear positive correlation between the security breakdown in Afghanistan and incidents of terrorism in Pakistan for reasons that everybody already understands too well. And this was another problem that we could see from a long way away, and now the time has come to deal with it also. The government will no doubt immediately hammer out a policy that is in keeping with the fast-changing situation on the ground, and the first thoughts must go to keeping Pakistan’s borders, and its economy, safe. Above all, Pakistan must make it very clear that we neither want, nor can we afford, any more refugees. We have housed the world’s largest refugee community for more than three decades. No more.

There’s also the fact that history is not going to judge America’s competence in its longest overseas military engagement ever very kindly. This was, without a doubt, the most ridiculous way to end the war and depart. They clearly had no idea that the Taliban would mobilise so quickly. And now, because of the utter foolishness and absurdity on the part of the world’s sole superpower, a needless catastrophe has been created that will impact the lives of millions of people for years to come. Now who is going to answer for all of America’s sins in this war, and the mess it has left behind for the entire region? Surely the international community must question the USA for its excesses and sheer irresponsibility in winding up the war like this. * 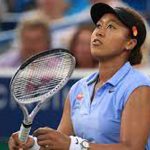