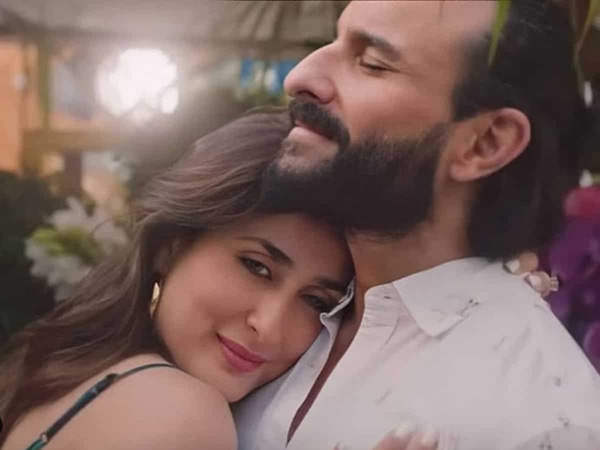 But there was a time when Kareena was so sure about going through pregnancy according to an excerpt in her latest book Kareena Kapoor Khan’s Pregnancy Bible.

For the book, Saif Ali Khan had written an afterword in which he revealed that Kareena had given surrogacy a thought at one point as she didn’t want to lose her ‘size zero’ figure. He also mentioned that she was scared to lose her physique as her appearance played a big role in her bagging movie roles.

As quoted by Pinkvilla, Saif wrote, “Things are pressured for a female actor in our industry. How you look is often everything! When we first began our relationship, she was at size zero, shopping in the kids’ section of stores because those were the only things that would fit her. She was doing super well for herself with work and her appearance played a big part in it.”

He further wrote, “Pregnancies take their toll on your body; it takes you a while to return to shape. Kareena was worried about these things. When we first talked about having children, she even briefly wondered if she should consider a surrogate. But she then realised that everything in life needs your 100 per cent. Once she had made up her mind, she was all in.”

Kareena Kapoor Khan and Saif Ali Khan had welcomed their first child Taimur in 2016. He is one of the most popular star kids in the industry as fans love doting on him.

Later, they had a second child together on February 21, 2021. Since then there has been immense interest among fans to get a full view picture of the baby and know his name. Earlier, in July Kareena’s father, Randhir Kapoor told a media outlet that the little munchkin is called ‘Jeh’ by his parents.

Jeh reportedly is not the name of the latest addition in the family but a pet name of Taimur Ali Khan’s younger brother who is actually Jehangir Ali Khan.

On the work front, Kareena will next be seen in Aamir Khan’s ‘Laal Singh Chaddha’. The duo will reunite after their last film together ‘3 Idiots’.