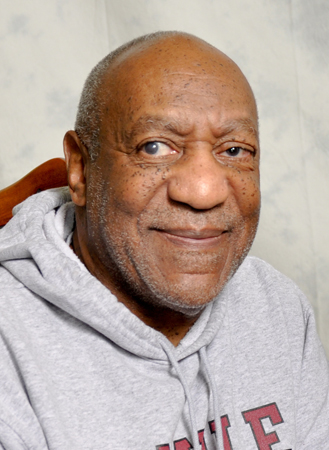 The lawsuit, filed in December 2014, says the disgraced comedian – who was freed from prison in Pennsylvania in June – sexually assaulted Judy Huth in 1974 when she was 15 years old.

Huth alleges Cosby assaulted her at the Playboy Mansion and that she suffered “psychological damage and mental anguish” as a result.

The case had been on hold as Cosby, 84, was facing aggravated indecent assault charges in Pennsylvania.

After being convicted for drugging and sexually assaulting a woman 17 years ago, Cosby was freed from his prison sentence after the state’s supreme court ruled he had been denied a fair trial. Now, a Los Angeles judge says the civil case against Cosby should proceed. The court lifted the stay on Friday, except regarding whether Cosby must give a deposition, according to Huth’s legal team.

The stay on the deposition will remain in effect until September 30, as lawyers wait to see if the US Supreme Court will review the Pennsylvania decision vacating Cosby’s criminal conviction, attorney John West told AFP.

Huth’s legal team said a trial date of April 18 had been set.

Cosby’s legal team did not respond to an AFP request for comment. The case is understood to be the last pending legislation against Cosby.

Dozens of women have said they suffered sexual assault at the hands of the celebrity, but only Constand’s allegations were tried criminally, due to expiring statutes of limitations.

Cosby’s release from prison – he had served more than two years of his three-to-10-year sentence – infuriated many advocates of the #MeToo movement.

His conviction was the first guilty verdict for sexual assault against a celebrity since the advent of the worldwide reckoning against sexual violence and abuse of power.

But the court did not exonerate him, rather overturning the conviction on a technicality.

Judges wrote that a non-prosecution agreement between a former district attorney and Cosby over evidence he gave in a different civil case meant the actor shouldn’t have been criminally charged for the Constand case in the first place.