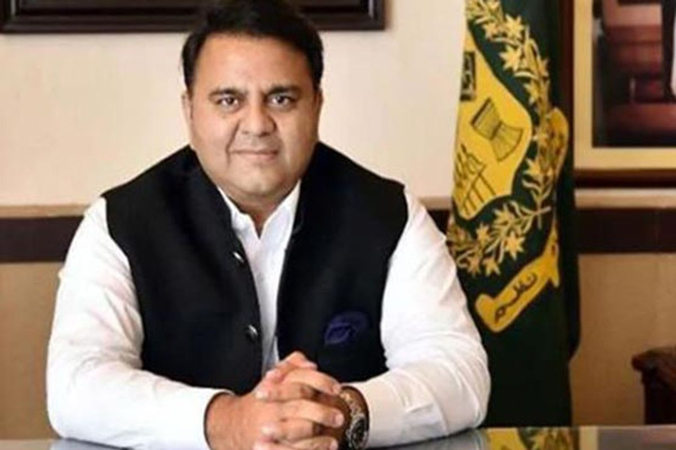 Federal Minister for Information Chaudhry Fawad Hussain on Sunday said that the nation should not forget the sacrifices of the country’s heroes in safeguarding this motherland as the nation had a long history of struggle for having this independent state.

“Our martyrs who sacrificed their lives for the country were our real heroes. As a nation, we should always remember their sacrifices,” the minister said while addressing the prize distribution ceremony of Independence Day Cup.

He said that the nation should thank to Allah Almighty that the Pakistan Army and other national institutions were performing their duties efficiently and the country was safe and its people were freely observing their 75th Independence Day with enthusiasm. “I pay rich tributes to those who had given countless sacrifices for the sovereignty of Pakistan. I salute to all those martyrs who lost their lives in safeguarding the country.”

He congratulated the entire nation on 75th Independence Day, reiterating the resolve to undertake every possible effort for the development and prosperity of Pakistan. He said that the whole nation was observing Independence Day in an appropriate and befitting manner with great enthusiasm being a citizen of a strong and sovereign state of the world. “On the Independence Day, I assure this valiant nation that the present government was fully alive for preserving prosperity, sovereignty and independence of the motherland under the visionary leadership of Prime Minister Imran Khan”, he expressed.

He added that those who were busy in sharing the feelings of disappointments in the country were actually showing their own frustration due to not fulfilling their nefarious designs. He said, “Quaid-e-Azam was fully aware of the future condition of Muslims in India as now, they are living in a miserable condition in India and in Indian Illegally Occupied Jammu and Kashmir (IIOJK) and they were not free in their decisions. We should be thankful to our founders for having a sovereign state, where we live with independence.”

He said that Pakistan was now stronger with enough capability and all these successes were achieved only due to independence. “We now had 217 universities, we were in those nine countries making jet planes, we were in those few countries producing cars and we were among seven atomic powers.”

Replying to a question, he said that Pakistan was keenly observing the changing regional situation and was desirous of peace and stability in Afghanistan.

He said that the Indians should observe ‘Black Day’ as they had to face sufferings from COVID-19 due to ineffective policy of Modi’s government against the disease that resulted in loss of lives in a large number while the Indian government tried to hide the actual facts and figures of victims of Coronavirus.

He added that when Pakistan like many other countries of the globe were about to get rid from this infection, Modi’s incompetent government had created a new challenge for the entire world to confront in shape of COVID-19 Indian “Delta variant”. He said that still countries were seeing a rising trend of this virus and the Covid-19 Delta variant was fast becoming the most dominant strain globally. “Our sympathies were with Indians for their miserable conditions due to having such incompetent rulers,” he added. Meanwhile, Fawad said that the masses were safe only when the institutions were strong. In a tweet, the minister said that the people who run trends against Pakistan and the army from Pakistan’s soil and defend their actions today were stealing their eyes from the situation in Afghanistan.