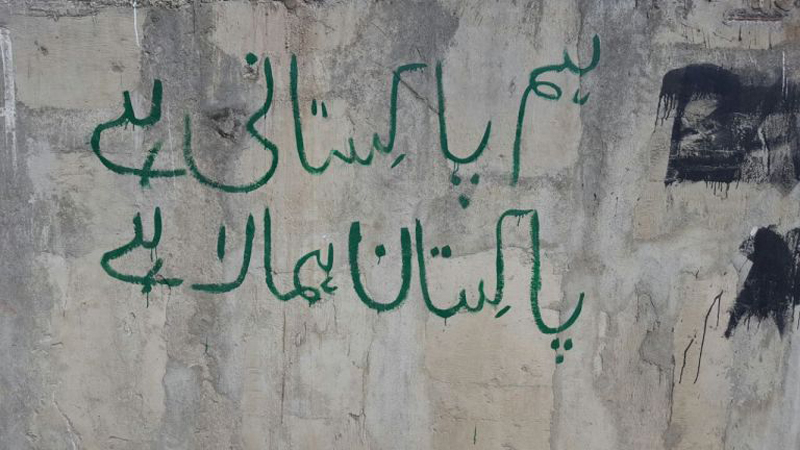 In Indian illegally occupied Jammu and Kashmir, pro-Pakistan graffiti, posters and banners have come up in the Kashmir Valley on the Independence Day of Pakistan. According to Kashmir Media Service, graffitis have appeared in different area of the territory reading “14th August – happy Independence Day”, “We are Pakistanis – Pakistan is ours”. Meanwhile, posters have been pasted on pillars, electricity poles and walls in different areas greeting the government and people of Pakistan on their Independence Day. The posters containing pictures of top Kashmiri resistance leaders, Syed Ali Gilani, Mirwaiz Umar Farooq, Muhammad Yasin Malik, Shabbir Ahmad Shah and Masarrat Alam Butt appeared at various places in the occupied territory. Pakistani flag was also hoisted in different areas, despite the heavy deployment of Indian troops and police personnel. On the other hand, posters have also been pasted across the territory terming the Indian Independence Day, the 15th August, as a Black Day for Kashmiris.