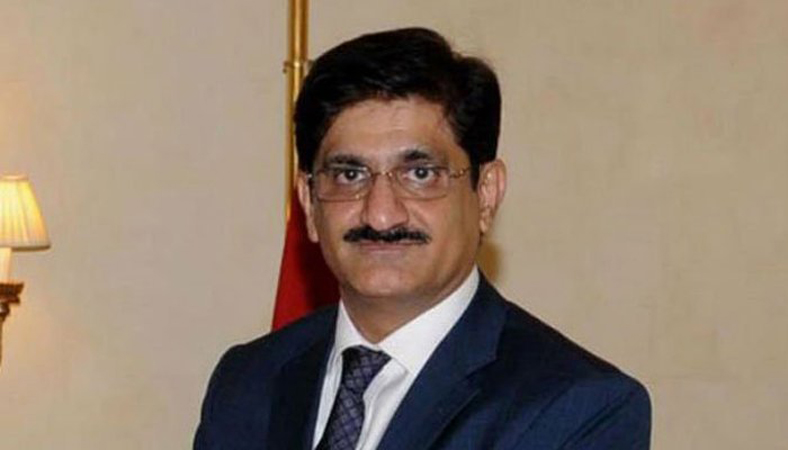 Sindh Chief Minister Syed Murad Ali Shah has said that the independence of the country was achieved through lot of sacrifices, therefore we have to protect and develop our country as one of the peaceful and best country of the world.

This he said while talking to media just after offering dua and laying floral wreath on the mazar of Father of the Nation, Quaid-e-Azam Muhammad Ali Jinnah here Saturday.

Syed Murad Ali Shah said that Pakistan was not achieved simply with lip service, but it was the result of great struggle and sacrifices of our forefathers led by great leader Quaid-e-Azam Mohammad Ali Jinnah. “Therefore, we have to protect this country from all the threats through serving it with our best abilities to develop it as one of the most beautiful countries in the world,” he said.

Paying rich tribute to the Father of Nation, the Chief Minister said that Quaid-e-Azam was a great leader, a man of principles and it was his vision that he carved out Pakistan, otherwise it was not possible.

Talking about COVID-19 situation, he said that the pandemic has badly affected the entire world, but Alhamdullillah, its impact in the country, particularly in Sindh, was not very severe as it has hit even in our neighboring countries.

To a question, Syed Murad Ali Shah said that the Sindh government and the federal government were working together under the National Command and Operation Center (NCOC) to combat the pandemic.

To another question, the Chief Minister Sindh said, “We have removed the encroachments along the track of Karachi Circular Railway (KCR) project and are going to construct its other infrastructure such as flyovers and underpasses on the railway crossings”.

Syed Murad Ali Shah said that his government had allocated Rs 8 billion for procurement of buses for different BRT routes. The BRT yellow Line project is almost complete and it will be launched along with the Green Line project, he added and told that the order of procurement of buses for the yellow line had already been placed and delivery would be received shortly.

Earlier, the Chief Minister along with Governor Sindh Imran Ismail performed flag hoisting ceremony at the Mazar-e-Quaid and laid floral wreath on the Mazar and offered fateha.

Meanwhile, The Sindh government has taken major initiative on Independence Day to improve the sewerage of the metropolis and handed over 28 Sewage Suction and Mobile Jetting Trucks worth Rs. 621 M to Karachi Water and Sewerage Board (KW&SB).

Addressing the ceremony, Syed NasirHussain Shah stated that today is a biggest day for all of us and we celebrated our Independence Day in befitting manner every year but this year slight changes have been made in celebration due to prevailing COVID-19 emergency situation and in sanctity of Muharram UlHarram. He said that Muslim population of subcontinent would always remember the day of 14th August. He prayed Almighty Allah to Bless Pakistan forever and guide us towards the path of development and prosperity.

He said that Sindh Chief Minister Syed Murad Ali Shah and his team were working day and night to complete the journey of development as per the vision of Chairman PPP Bilawal Bhutto Zardari and were taking all possible steps to solve the problems of Karachi.