US, UK sending troops as Taliban near gates of Kabul 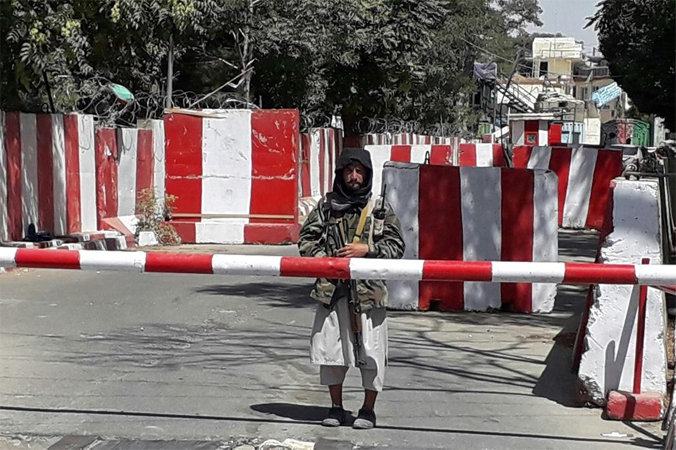 The United States and Britain Friday ordered the deployment of thousands of troops to Afghanistan to evacuate their nationals, as the Taliban overran more key regional cities in an offensive that has left the capital dangerously exposed.

The insurgents have taken more than a dozen provincial capitals in recent days and now control more than two-thirds of the country just weeks before the US plans to withdraw its last troops.

Khan, who has been leading fighters against the Taliban in recent weeks, was handed over to the insurgents along with the provincial governor and security officials under a pact, provincial council member Ghulam Habib Hashimi told Reuters. “The Taliban agreed that they will not pose any threat or harm to the government officials who surrendered,” Hashimi said.

Taliban spokesman Zabihullah Mujahid confirmed that Khan had been detained.

The latest advances came hours after the insurgents captured the country’s second and third largest cities in a lightning advance. The seizures of Kandahar and Herat mark the biggest prizes yet for the Taliban.

While Kabul isn’t directly under threat yet, the losses and the battles elsewhere further tighten the grip of a resurgent Taliban, who are estimated to now hold over two-thirds of the country and continue to press their offensive.

Thousands of Afghans have fled their homes amid fears the Taliban will again impose a brutal, repressive government, all but eliminating women’s rights and conducting public executions.

Peace talks in Qatar remain stalled, though diplomats are still meeting, as the US, European and Asian nations warned that any government established by force would be rejected. “We demand an immediate end to attacks against cities, urge a political settlement, and warn that a government imposed by force will be a pariah state,” said Zalmay Khalilzad, the US envoy to the talks.