Journey of public service will continue 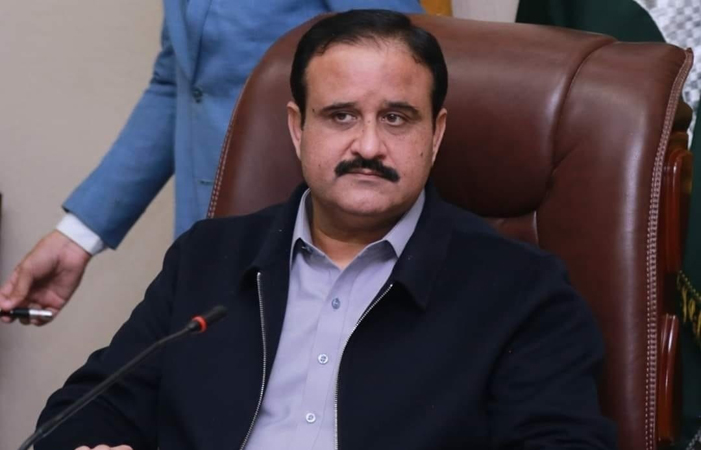 Chief Minister Punjab Sardar Usman Buzdar has asserted that there is no room for any anti-state narrative adding that anarchist politics is determined to the national interest.

In a statement, the CM regretted the opposition has no agenda for people adding that it has ignored the national interest for the sake of temporary political designs. Their designs will not succeed and the conspirators will remain unsuccessful; the CM added and vowed that the journey of public service will be continued under the leadership of PM Imran Khan.

Chief Minister Punjab Sardar Usman Buzdar has directed that crackdown be initiated against one-wheelers on Independence Day and teams be constituted to stop this risky practice. The one-wheelers be punished as they cannot be allowed to endanger their lives; he said and further directed to take action against the underage bike and vehicle drivers.

Chief Minister Punjab Sardar Usman Buzdar has congratulated the nation on the independence day of Pakistan. In his message, the CM said the independence day is an opportunity to thank Allah Almighty for bestowing us with a unique blessing in the shape of Pakistan. Pakistan is the reward of sacrifices of hundreds and thousands of martyrs and it is a fulfilment of the hard work and vision of founding fathers, he added.

The CM also expressed complete solidarity with oppressed Kashmiris of Indian occupied Jammu and Kashmir and asserted that no power on earth could separate Kashmiris from Pakistan. The freedom of Indian occupied Jammu and Kashmir from illegal Indian occupation will be the fulfilment of the dream of Pakistan, he continued. Today, we also remember the martyrs and the nation should stand united for collective betterment while following the golden principles of unity, faith and discipline. Let’s pledge to make Pakistan great and prosperous with diligence and the national pride will always be held supreme, concluded the CM.

Chief Minister Punjab Sardar Usman Buzdar has sought a report from RPO Sahiwal about an incident of kidnap-cum-murder of a two-year-old child in the limits of PS Arifwala in Pakpattan and directed legal action against the criminals involved in it. The CM extended sympathies to the bereaved family and assured them of the provision of justice. He also directed to early complete the legal process against the arrested accused.

Meanwhile, the police have arrested paternal aunt Farzana Kausar and Wazir Ahmad involved in this crime. Meanwhile, Chief Minister Punjab Sardar Usman Buzdar has expressed a deep sense of sorrow over the death of member CMIT Wasim Raza Jafferi and extended sympathies to the bereaved family. In a statement, the CM termed Wasim Jafferi a dutiful and hard-working officer and prayed to Almighty Allah to rest the departed soul in eternal peace.