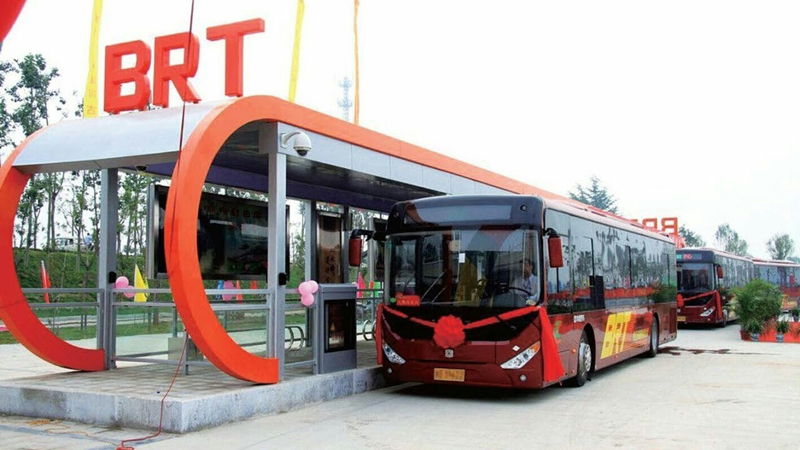 Based in the provincial capital of Khyber Pakhtunkhwa, the first third generation BRT service successfully completed one year of its operation with more than 38 million people traveling in its buses, distributing over 850,000 zoo cards and providing employment around 2000 people.

Addressing a press conference, Provincial Minister for Transport Malik Shah Muhammad Khan Wazir and Special Assistant to Chief Minister on Information Kamran Bangash said the BRT system which was inaugurated by Prime Minister Imran Khan last year provided best world class travel facility to people of the province and thanks to this modern service traffic congestion in the city got reduced as well as the number of traffic accidents were significantly reduced. The ZU Peshawar which runs a fleet of eco-friendly hybrid buses in 12m and 18m type had been made accessible to people from all walks of life with special seats allotted for women, elders, persons with disabilities and eunuchs.

According to the vision of the Prime Minister of Pakistan, they said the environmentally friendly BRT had played a unique role in the Clean and Green Campaign and added that in one year, 31,000 tons of greenhouse gas emissions decreased. They were of the view that the number of female passengers has increased in BRT due to its state of the art facilities including air-conditioning and comfortable seating arrangements and security arrangements etc. They were indebted to the government for launching such a unique and useful project for facilitating people of Khyber Pakthunkhwa, who have long been waiting for such a wonderful transport facility. They said the Bus Rapid Transit System Peshawar was really a gift for people of the province as it has helped people get rid of old buses, expensive taxis and provided the most comfortable and safe journey mode. Since the number of travelers was increasing day by day, 30 new buses had been ordered this year and now the operation of BRT was continuing with 158 buses, adding this year, for the first time in Pakistan, a Zu bicycle sharing system was inaugurated with 360 modern bicycles and 32 docking stations. They said that the system was well-equipped with a modern security system. More than 700 CCTV cameras were installed for recording of various incidents for the law enforcement agencies to provide all possible assistance.