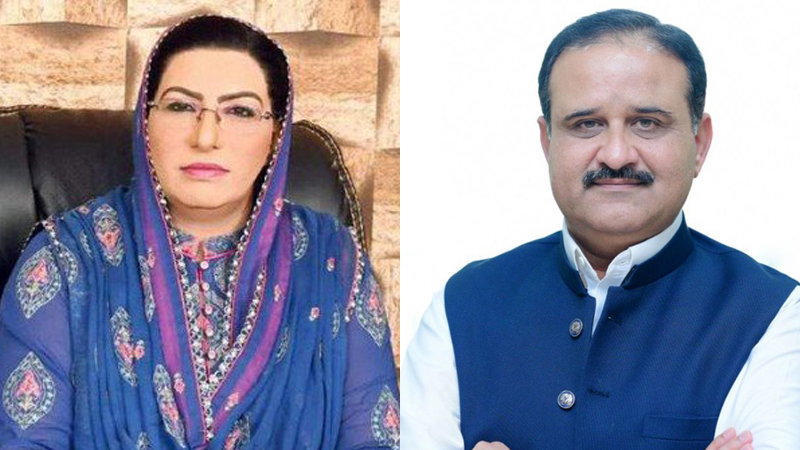 Punjab Chief Minister Usman Bazdar had already decided to remove Special Assistant Dr Firdous Ashiq Awan from his team because he suspected that she would convey negative things about Punjab to Prime Minister Imran Khan and that she had also started to empower herself in the province, a private TV channel reported on Thursday, quoting sources.

According to the report, the Punjab chief minister had not invited Dr Firdous to a meeting of senior information officers around a month ago, sending her a signal that she was no longer needed. The chief minister had also reportedly sent a message to Dr Firdous to sit at her office at 5-Club and stay away from the affairs of the Chief Minister’s House.

The report said that the chief minister had sought approval from Prime Minister Imran Khan on August 2 for removal of Dr Firdous from his team, which the former had granted. The TV channel reported that Dr Firdous met Chief Minister Buzdar on August 6 but the meeting failed. The report claimed that it was agreed with Dr Firdous that she would resign on August 9 after a press conference with newly elected MPA Ahsan Baryar.

A day earlier, Dr Firdous Ashiq Awan had said that cracks were appearing in relations between her party and the Pakistan Muslim League-Quaid (PML-Q) due to ‘personal actions’ of Punjab Assembly Speaker Chaudhry Pervez Elahi. Speaking about her appointment as special assistant to the Punjab chief minister, she had said Prime Minister Imran Khan and Saifullah Naizi had convinced her to go to the province “because of my requirement there”. “Despite losing the elections, I worked in the province for three years and as a result I emerged victorious from PP-38.”

She had said competitors often pull their opponents’ leg and it was a democratic way to make efforts for progress and “in case someone did that to me, I would hold no grudge against that person.” She said Prime Minister Imran Khan would assign her a new role if the party felt her services were required for the country and the province.