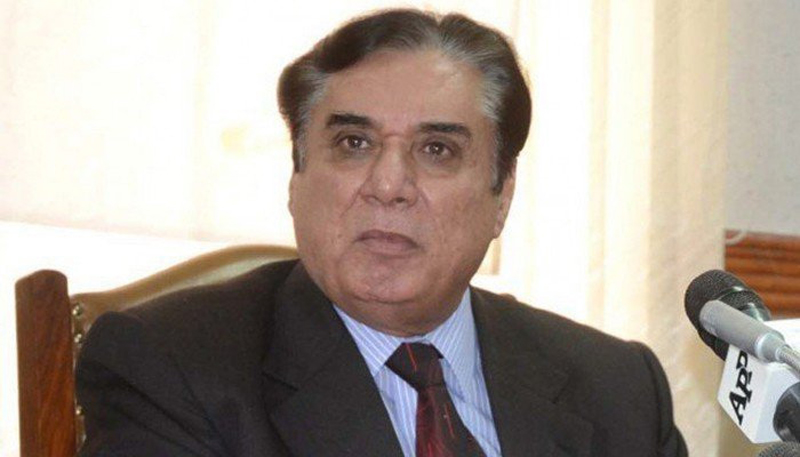 National Accountability Bureau (NAB) Chairman Justice (retd) Javed Iqbal Thursday said the Bureau had always conducted plea bargain with the accused as per the Constitution and the NAB law, but some elements had been criticising the practice without any reason.

Addressing a ceremony at the NAB Headquarters here to distribute cheques worth Rs 730 million among 1,434 affectees of Grand Avenue Housing Society, he said that the Bureau had never conducted plea bargain through the use of force. He said the critics should be aware of the fact that the plea bargain law was also in practice in European countries.

The chairman said NAB was ensuring provision of plots to the affectees of various housing societies where cash payments were not possible, adding that NAB had never responded to criticism by any parliamentarian and always respected them.

NAB had never performed any task in violation of the Constitution and law, he said and added that it was jurisdiction of parliamentarians to make legislation whatsoever.

Pertaining to a proposed amendment to the NAB Ordinance, the chairman said that no amendment would be helpful if it would benefit the corrupt. The amendment should aim at encouraging NAB, adding that the accountability process would continue till the poor get their right.

Javed Iqbal said Bureau had always welcomed and appreciated the constructive criticism, but the critics should get proper and factual information before criticising NAB and they should also get version of NAB before releasing their stories.

Regarding the corruption cases, the chairman said that it was a general perception that the NAB cases were not reaching conclusion; however NAB had no powers to get its cases decided as it was courts’ discretion, adding that the Bureau had always tried hard for ensuring submission of cases in the courts. NAB was well aware of delay in conclusion of cases as the possible delay was due to shortage of accountability courts, he asserted.

During the period, 206 references worth Rs 60 billion were filed in the courts, he said and added that NAB had recovered Rs 134 billion during the last four years. The NAB Lahore’s performance had been increased by 700 per cent annually, which was appreciable, he added.