Pakistan to continue working with world to counter terror

* Envoy tells UNSC to address unresolved conflicts, foreign occupations, and denial of right to self-determination to deal with root causes of terrorism 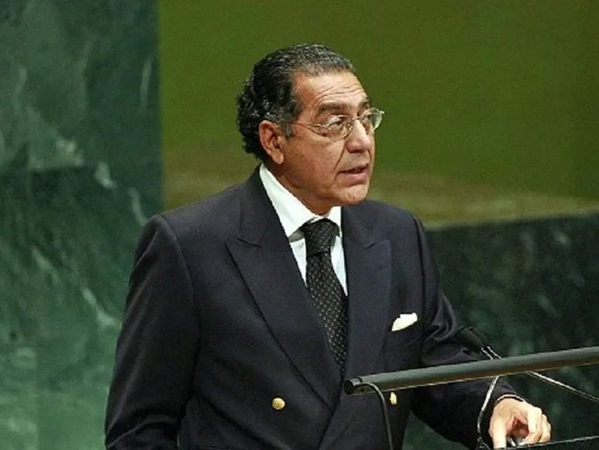 A top Pakistani diplomat told a UN Security Council “Arria Fomula” meeting that as a terrorism’s biggest victim, Pakistan will continue to work closely with the world community to address the global threat posed by the scourge and to reform the counter-terrorism regime for enhancing its acceptability and effectiveness.

In a written statement submitted to the 15-member Council, Ambassador Munir Akram underscored the need for addressing situations of prolonged unresolved conflicts, foreign occupation, and denial of the right to self-determination in order to deal with the root causes of terrorism.

Kenya, a non-permanent member of the Security Council, sponsored the meeting on “Humanitarian Action: Overcoming Challenges in situations of armed conflict and counter-terrorism operations”, held under the format named after Diego Arria, a former Venezuelan UN ambassador.

It is an informal consultation process which affords the 15-member Council the opportunity to hear persons in a confidential setting.

The Pakistani envoy denounced the oft-repeated attempts by aggressors, colonizers and occupiers to justify their suppression of legitimate struggles for self-determination and freedom by portraying them as “terrorism”.

“There is an increasing trend to use collective punishment against civilian populations as well as to ‘criminalize’ certain inalienable and fundamental human rights under the pretext of fighting terrorism in stark violation of international humanitarian law,” he said, adding that nowhere it was more apparent than in the attempts to incrementally displace the right to self-determination through counter terrorism laws.

“The relevant UN resolutions clearly stipulate that the subjection of peoples to alien subjugation, domination and exploitation constitutes a denial of fundamental human rights, and is contrary to the Charter of the United Nations,” Ambassador Akram said.

“History bears testimony to the undeniable reality that the suppression of the right of peoples to self-determination results inevitably in perpetuation of violence and conflict.”

The Pakistani envoy said that the current UN Security Council counter-terrorism sanctions regime needed reforms to overcome its legal, humanitarian and human rights shortcomings, especially the regulatory landscape being developed under the umbrella of the Council through adoption of Chapter VII (enforcement) resolutions.

“Broad-brush use of countering financing of terrorism (CFT) provisions has created immense difficulties for humanitarian actors and charitable organizations both in respect of their ability to deliver aid in a timely manner and in their efforts to obtain the necessary funds to carry out their activities in developing countries,” he said.

“Lack of clarity regarding the increasingly wide scope of these measures has made it difficult for banks operating in developing countries to ensure that they will not incur any liability for a particular transaction,” Ambassador Akram said, adding that while humanitarian exemptions exist, their application is opaque, arbitrary and often subject to politicization.

“The use of coercive measures, including unilateral coercive measures, against States in the name of countering terrorism with little regard for their impact over the civilian populations, constitutes a serious humanitarian challenge,” he told the Security Council.

“Such actions impact the developmental prospects of developing countries and have become an instrument in the hand of a few influential powers to achieve their wider political objectives,” the Pakistani envoy said.

He said it was therefore essential to address these issues so as to build on and implement the global counter-terrorism strategy.