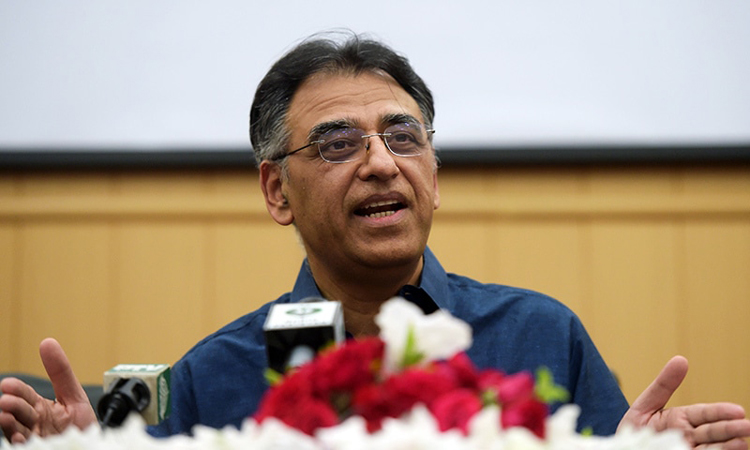 Federal Minister for Planning, Development and Special Initiatives Asad Umar said on Thursday the Azad Jammu and Kashmir general elections acted as a “super spreader event” for the coronavirus with the region’s positivity rate ranging between 25 and 30 per cent since then.

The AJK elections were held on July 25 following which the PTI has formed a government there.

Umar, who also heads the country’s coronavirus response, said he had recommended delaying the elections so a special vaccination campaign could be carried out but it was not agreed to. “Since the elections, the positivity of AJK is running between 25 and 30pc. Elections have acted as a super spreader event,” he tweeted.

In the run-up to the elections, the National Command and Operation Centre had reportedly written a letter to the chief election commissioner of AJK, stating that due to the rise in the number of Covid-19 cases, the polls should be delayed as large political gatherings could lead to further spread of the virus in the state. However, the proposal was not accepted while both major opposition parties in the centre – the PML-N and the PPP – had opposed the idea of postponing the elections in AJK, saying the Constitution had no such provision.

The planning minister also criticised the opposition in wake of the Pakistan Democratic Movement’s (PDM) announcement to hold a rally in Karachi on Aug 29. According to Umar, PPP Chairman Bilawal Bhutto-Zardari had threatened to hold the government responsible if the Covid-19 situation deteriorated in Karachi yet the PDM was planning to hold a rally in the city. “Sadly the worst violations of Covid SOPs (standard operating procedures) in the last one year have come from politicians,” Umar said.