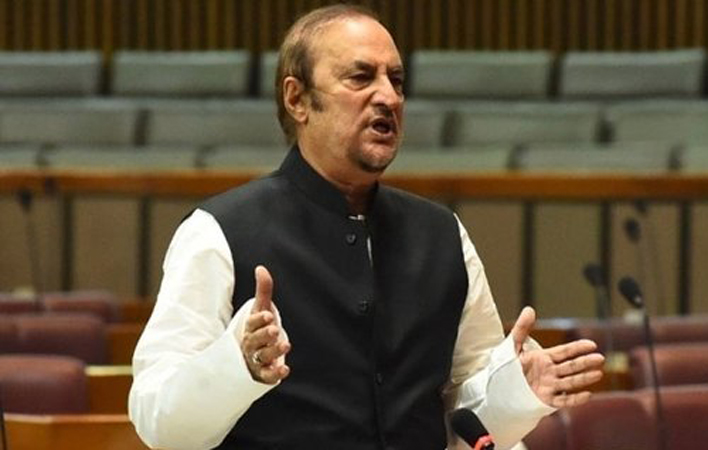 Advisor to Prime Minister on Parliamentary Affairs Dr. Babar Awan on Thursday informed National Assembly that a total 3,049 recruitments were made against 6% Balochistan quota during last three years in the federal government departments.

Replying to a question raised by MNA Agha Hasan Baloch regarding number of jobs provided to unemployed youth of Baluchistan in federal government departments during last three years, the minister informed that number of recruitment made on quarterly and yearly basis was as under in first quarter January –March 2018, a total 717 recruitments, in 2019, a total 28 recruitments and 2020, 455 recruitments were made.

Dr. Babar Awan said that a total 6,400 vacant posts were identified of Baluchistan province and recruitment process was underway.

Replying another question regarding fake domiciles, he that this was provincial subject and Baluchistan district administrations should identify fake domiciles owners.

Deputy Speaker National Assembly Qasim Khan Suri has referred the issue to the relevant committee. He said that all the issues related to jobs should be discussed in the committee.

Meanwhile, Minister of State for Parliamentary Affairs Ali Muhammad Khan on Thursday informed the National Assembly that Pakistan Television (PTV) has received Rs8.8 billion under television fee during this year.

Replying to a calling attention notice raised by Raja Khurram Shahzad Nawaz regarding collection of television fee from mosques. the minister said in principle, TV fee should not be charged from all religious places including mosques, seminaries, churches and temple.

However, he said some electricity meter connections were issued on names of private person. No TV fee would be charged if they submitted their applications to PTV, he said.

Appreciating Chief Minister Khyber Pakhtunkhwa, the minister said that the provincial government has allocated funds in every constituency to switch over all mosques on solar. He said process for provision of stipend to ‘Imam’ has also been started in KPK. He said this process would also be extended to Punjab, Azad Jammu and Kashmir, Balochistan and Gilgit-Baltistan.